J.D. Harmeyer's Wife Jennifer Tanko - How is their Married Life? 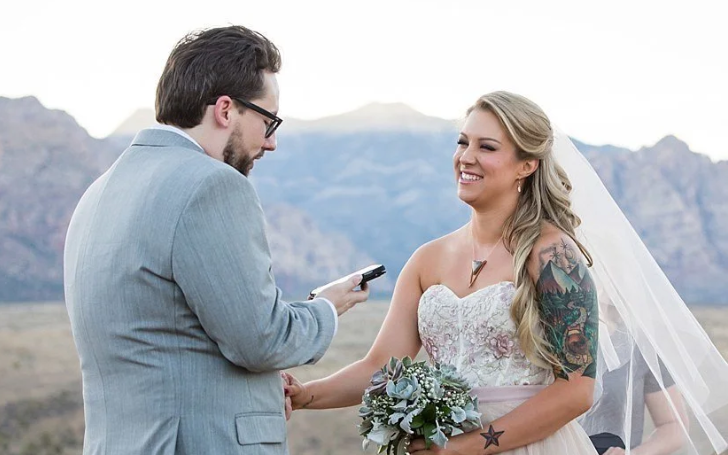 J.D. Harmeyer is a well-known actor and director (born in December 1979). If you ask us, the movie 'Supertwink' is his most recognized work of him. J.D. is also famous as a media producer of 'The Howard Stern Show.' However, we are not here to discuss his career; as we all know, it is exceptionally good. There's something more interesting to know about this amazing person. Let's find out about his married life.

Harmeyer married his long-time partner in the late 2010s. However, after the marriage, J.D. and his wife kept things private. Apart from sharing their wedding pictures, the radio producer and his spouse remained away from the spotlight. More so that many fans believe that Harmeyer and his wife have already called it quits and divorced.

J.D. Harmeyer and Jennifer Tanko Harmeyer tied the knot in 2018. While there was no exact date when they started dating, J.D.'s colleague, Howard Stern, always used to drop hints about his love life. According to the reports, the couple moved in together in 2016.

After a year, the couple announced their engagement in February 2017. Again, Howard helped his pal, Harmeyer, to draft his vows for a wedding on air.

The actor/director, however, did not invite his 'The Howard Stern Show' colleagues to the nuptials. But all the members sent their best wishes to the couple on their special day.

According to the reports, the couple decided to go far away from the regular crowd and went to Las Vegas to tie the knot on August 25, 2018. The couple invited only ten guests, including their family.

J.D. Harmeyer and Jenn Tanko were Recently on Their Honeymoon

J.D. Harmeyer and Jennifer Tanko were on a trip to California in September 2019. It seems the couple was on their honeymoon the year after their marriage.

While Jenn enjoyed being in the sun, as she was seen jet skiing and sunbathing at the beach, J.D. was in a different mood. He just sat there fully clothed at all times.

When asked why he joined his wife in fun, J.D. replied he did not want to show off his body because it was not that great. The director, however, enjoyed his visit to Napa with his wife.

The couple even bought a $100 bottle of red wine as a souvenir, which they will certainly place on the cabinet devoted to their burgeoning collection of wine bottles.

The couple began their trip from New York and stayed at the new TWA Hotel at New York's JFK Airport. Later, they took a  hike to Yosemite National Park. By what it seemed, the couple enjoyed their trip.

J.D. Harmeyer and Jennifer Tanko are the Polar Opposites, but They Make the Cutest Couple

While it's apparent J.D. Harmeyer and Jennifer Tanko are opposites, Jenn is a CrossFit trainer, teacher, yoga instructor, and gym enthusiast. J.D. never likes to move his body. He barely takes a walk in the park, and he doesn't care about diets at all.

If you check Jenn's Instagram account, you will be surprised to see how active person she is. After seeing her posts, you might wonder how they ended up together. However, Jenn is happy with what she has got, and even J.D. seems to enjoy Tanko's company, so the couple seems to be in a good place.

The pair enjoys dates together, the two are pretty much occupied with their things, and they support each other for that. All we can say is the two make the perfect couple despite their differences.

One of the many drawbacks of being famous is having the world's eye on you. After Jennifer Tanko deactivated her Instagram and Twitter, many fans found it a bit fishy. Likewise, J.D. Jarmeyer deleted all of the pictures that featured his wife from his IG, further adding fuel to the divorce rumors.

Around half a decade after their marriage, Jarmeyer and Jennifer called it quits. That's what the internet is on regarding the producer's marriage. However, J.D. has yet to confirm the tale, so this could all be Tanko wanting to be away from the spotlight.