home Entertainment What is Jen Psaki's Net Worth in 2021? Learn All About Her Earnings and Wealth Here

What is Jen Psaki's Net Worth in 2021? Learn All About Her Earnings and Wealth Here 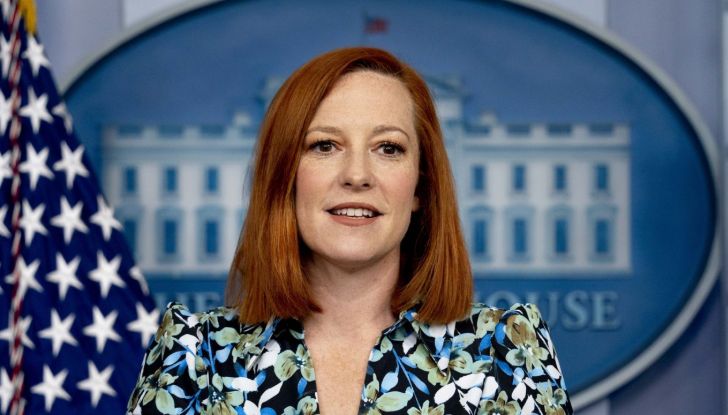 Jen Psaki's Net Worth In 2021: Get The Complete Details Of Her Wealth And More Here!

She was a political contributor for CNN from 2017 to 2020. The talented speaker joined the Biden-Harris transition team in November 2020 but is set to leave the team next year as per reports. Continue reading as we bring more details on Psaki's life and fortune.

Married to a democrat named Gregory Mecher, Jen shares two toddlers with her husband of eleven years. Jen's reasons that her little children are why she has taken the hard decision to leave the job so early.

Don't Miss: What is Lil Reese's Net Worth? Find All the Details Here

As apparent from Jen's trending name on the internet and the profuse applauds by the media since she took the mantle from Kayleigh McEnany, Jen has become people's favorite.  Moreover, Jen's estimated wealth sits just right for her position and doesn't invite unnecessary speculations.

Ever since Jen took on her role as the White House press secretary, she has been a recurring name in headlines but for all the right reason. The 42 years old says the core of her job is to rebuild the trust in government, which the Trump administration left shattered.

Jen Psaki revealed that she would be resigning from her high-profile position next year.
Photo Source: Washington Post

The plain-spoken and candid Psaki didn't even spare president Biden during a podcast interview with CNN's David Axelrod. Jen expressed her genuine disappointment in the interview, which took place a week later. President Biden had a direct media interaction concerning the pandemic.

Jen tells David, “That is not something we recommend, In fact, a lot of times we say `Don't take questions. But He’s going to do what he wants to do because he’s the president of the United States." Jen Psaki is going to step down from her high-profile and high-pressure job in January 2022, as per sources.

A very dedicated professional, we hardly see Jen out of her white house attire. The veteran hardly shares intel of her personal life and has consistently kept her private life away from media despite becoming a loved democrat now.

As per sources, Jen met her now-husband Gregory Mecher, a democratic political side, while the two were working with the Democratic Congressional Campaign Committee. Mecher tells Washington Post that for the first few months, he couldn't even get Psaki's attention, who always had her head buried in work.

The couple started dating in 2006 but remained in a long-distance relationship for a year and a half as Psaki moved to Chicago for Obama's campaign, recalls Greg. The couple tied the knot in May 2010 and now is raising a 2 and a 5 years old in Virginia.