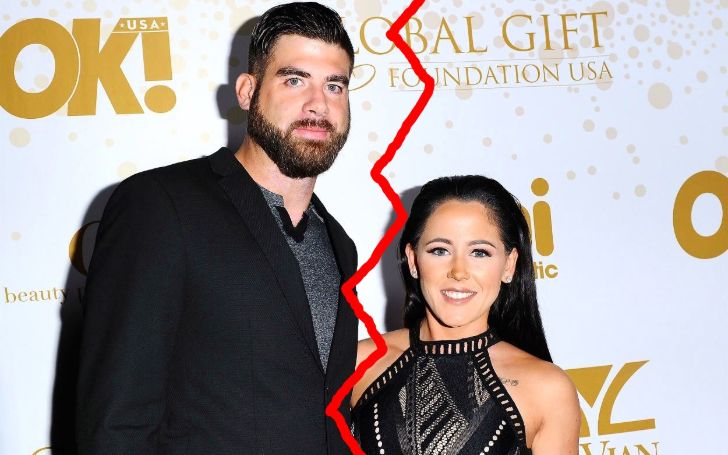 Jenelle Evans finally cuts off the chain, which had been the root of all the problems in her life.

If you are updated with Jenelle Evans, then you might well know about all the problems she had to deal with due to her psychotic husband, David Eason.

It all started after David, 31, allegedly shot and killed her French bulldog Nugget in May 2019 after it bit their 2-year-old daughter Ensley.

Jenelle and David heading towards court for the custody hearing.
SOURCE: US Magazine

The news circulated all over the web, and people were not happy about it, which consequently led Jenelle, 27, fired from 'Teen Mom 2' and lose custody of their children.

After a year of traumas and complications she faced, the former '16 and Pregnant' star Evans finally made a tough decision to part away with the main roots of her problems.

Recently on October 31, Evan shared a tweet that articulated Jenelle's decision to 'cut the knot' with her husband, David.

If you have been following the reality star, then you might have noticed Jenelle not being active on social media. Well, over the period, she had been busy taking some of the critical life decisions.

Jenelle shares in the first stanza of the Tweet,

I've lived my life on camera since I was 17 years old. And a lot of it hasn't been pretty. But it's been my life.

Evans added, "The kids and I have moved away from David. Nobody gets into a marriage expecting it to end, but I know that's what is best for me, and for my kids". She continued,

The majority of fans are happy and supporting Jenelle's decision.

Fans Reactions Regarding Jenelle's Intrepid Decision to Split with Eason

The couple tied the knot on September 23, 2017, and shares one child. Ensley Jolie Eason born in 2017, and the rest of Jenelle kids Jace and Kaiser are from Evans's past relationship.

Nevertheless, we support Jenelle's decision and wish her a happy and prosperous life ahead.

Find Out: Is Jenelle Evans Lying About Her Medical Condition???

Stay tuned and connected to find updates on your beloved reality shows only on Glamour Fame.