home Fashion Jenelle Evans Flaunted Her Bikini Body In A Series Of Sexy Snaps After Gaining Custody Of Her Kids!

Jenelle Evans Flaunted Her Bikini Body In A Series Of Sexy Snaps After Gaining Custody Of Her Kids! 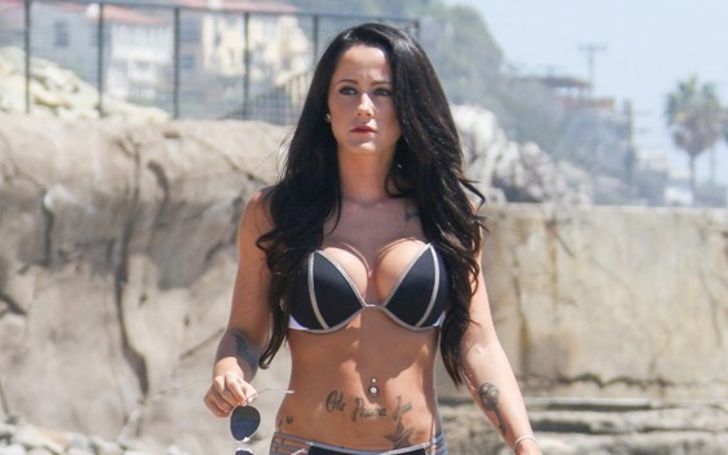 After stressful fighting over the custody of her kids former Teen Mom star Jenelle Evans flaunts her bikini body.

Shortly after winning all the forbidden privileges of her children, the mother of three Jenelle Evans gave herself a refreshment treat to get rid out of all the stress in between.

The 27-years-old star went to a chill-pill vacation at the beach of North Carolina where Jenelle was witnessed flaunting her curves in a series of snaps on Sunday, July 7.

In the first picture, Jenelle was holding a pink carry-away cup wearing an enticing bikini that showed her eye-catching belly tattoos styled with a cool shade.

Jenelle decided to get little racy on the next picture as the model flaunted off her bare butt cheeks with a caption '#BeachDays'.

Well, recently on Wednesday, July 3, Evans got the custody of both the children; daughter Ensley, 2, and son Kaiser, 4 after seven weeks of restriction from her and husband David Eason.

Well after lots of drama and fights, Jenelle is finally living her happy days.

Is Jenelle Evans Bad Mom Or Just Another Victim Of David Eason? >>>

We wish nothing but the best for the actress. Stay tuned and connected to find updates on the news.