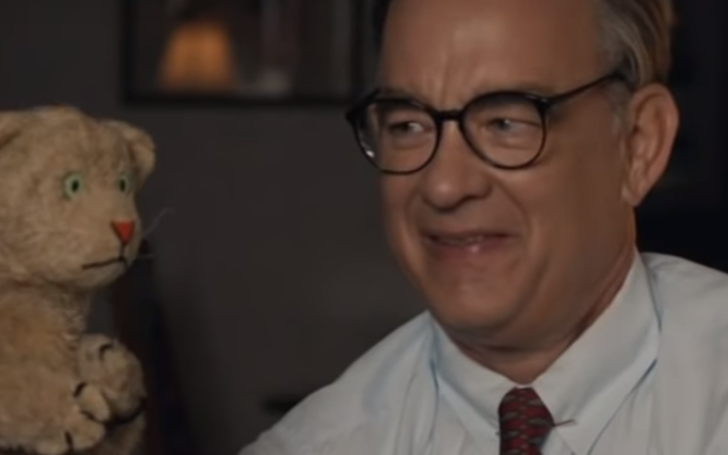 Jimmy Kimmel had other ideas as he showed a spoof trailer of 'Beautiful Day in the Neighborhood' on Thursday, which was not very heartwarming.

Just last week, the trailer for the movie, "A Beautiful Day in the Neighborhood' was released starring Tom Hanks as Mr. Rogers. It was beautiful, heartwarming and funny.

The movie and the trailer itself was long-awaited by the fans as it will be a touching celebration of a beloved figure, Fred Rogers.

Watch: Original trailer of A Beautiful Day in the Neighborhood.

But Jimmy Kimmel had other ideas as the Jimmy Kimmel Live host showed a spoof trailer on Thursday that reimagined the movie as a violent revenge thriller.

Also See: What Is Jimmy Kimmel's Net Worth? How Rich Is He Compared To Other Late Night Hosts?

The movie, Beautiful Day in the Neighborhood, is a film based on a true life-events of two friends, Fred Rogers and journalist, Tom Junod. It tells a timely story of kindness triumphing over cynicism.

So basically, the plot is, after a jaded magazine writer (Emmy winner Matthew Rhys) is assigned a profile of Fred Rogers, he overcomes his skepticism, learning about empathy, kindness, and decency from America's most beloved neighbor.

Such a beautiful and heartwarming plot, and we can't wait for the movie to come out. But, Jimmy had to ruin it for us! In Jimmy's own version of the trailer, it shows vengeful children's TV host captain Kangaroo using any means to hunt rival, Mr. Fred Rogers.

Also Read: Who Is Jimmy Kimmel's Wife? Grab All The Details Of His Married Life And Dating History!

The spoof trailer tagline reads, "It may be a beautiful day in the neighborhood, but the night will tear you apart."

Recommended: Who Is Jimmy Kimmel's Wife? Grab All The Details Of His Married Life And Dating History!

That was a good try, Mr. Kimmel, to ruin our experience; however, we are not affected; instead, we are more excited about the movie which will release this Thanksgiving.