home Movies & TV Shows J.J. Abrams’ Upcoming 'Star Wars: The Rise Of Skywalker' Has Been Billed As The Definitive End Of The Skywalker Saga

J.J. Abrams’ Upcoming 'Star Wars: The Rise Of Skywalker' Has Been Billed As The Definitive End Of The Skywalker Saga 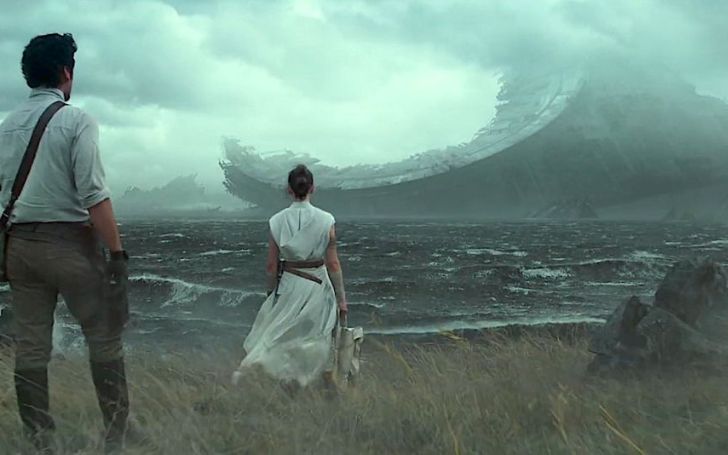 J.J. Abrams’ upcoming 'Star Wars: The Rise Of Skywalker' has been described as the obvious end of The Skywalker Saga.

Started with the movie franchise 'Starwars: A New Hope' in 1977, like everything, has an end, the popular Skywalker saga of the franchise is coming to an end with The Rise of Skywalker.

For the time being, we're getting hands on each and every piece of information.

What we know is that 'Kylo Ren's' (Adam Driver) story will have an emotional end, supposedly, he's the last Skywalker in the universe.

According to Oscar Isaac,

"It is the end of the entire Skywalker saga. Nine stories. This is the culmination of the entire thing. What J.J. has done, and the entire Lucasfilm team is gonna be incredibly fulfilling. It's also special for us because you get to learn a lot more things about these characters."

Furthermore, Kerry Russell said that J.J. Abrams loves the movie and she cried tearfully while reading the script. She hopes the movie will turn out to be the way Abram wrote and respect the struggle they have been through. Kerry will play in the movie as 'Zorri Bliss.'

Until J.J. Abrams and the production house disclose further information, nothing is definite. The next trailer of the movie will release on July at the Star Wars celebration in Chicago.

In a recent talk with Vulture, Daisy Ridley discussed the idea of Rey returning to the big screen after the release of “The Rise of Skywalker.”

Ridley said she cannot imagine it as of the moment but the Star Wars: IX was very satisfying to her.

The British star explained the presence of many characters in the ‘star wars’ who’ve yet to been explored. She also mentions the due work the filmmakers are to carry on. Yet she feels episode 9 is going to be a really nice full stop to Skywalker series.

You May Also Like: Star Wars Fan Guessed The Title And Twist Of Episode IX Back In 2012!

John Boyega has also gone on record saying he doesn’t picture a future where he plays his “Star Wars” persona again. The 27-year-old actor told MTV News during Stars Wars Celebration in April, “Honestly, the bottom of my heart, I don’t think I am [coming back]. I don’t think I am. I really do feel that way. This really is that movie, I think everyone doesn’t believe it, but this is that war that just ends everything.”

Given that original “Star Wars” actors Mark Hamill, Harrison Ford, and Carrie Fisher all showed up after decades to reprise their characters in the new trilogy, it’s still possible that in the coming years, Ridley and company will come back to the intergalactic franchise for more.

“Star Wars: The Rise of Skywalker” releases in theaters on December 20, 2019.