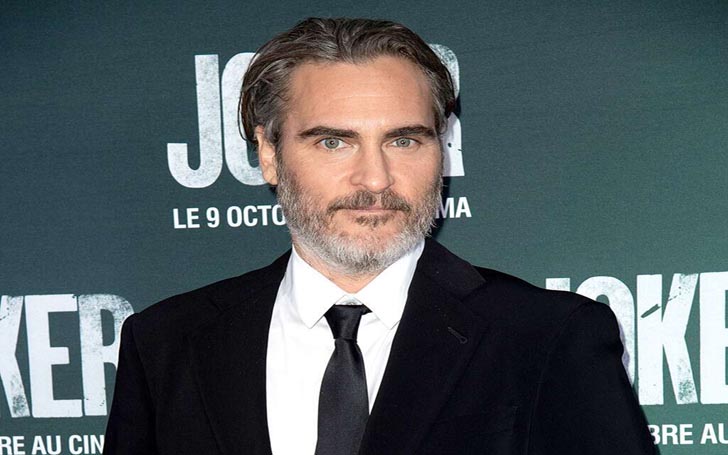 Kimmel posted a behind the scene footage of Joker and Joaquin is shown getting into it with the cinematographer.

'Joker' is one of the most talked-about movies in the lead up to the worldwide release two days from now. First, there was the immense critical acclaim the movie was receiving at the awards circuit and then the Venice Film Festival awarded the movie with the top prize and there were talks of Oscar nomination.

The film was riding high and then all the think pieces of the movie started to emerge and people started to see how a demented, psychological inept and sexually rejected character shown on screen, inciting mass violence and damage was going to put some negative impact on the society which is already flooded with incel terrorists.

There were parallels drawn between the fact 'Arthur Fleck' was unable to close the deal with his neighbor and this coupled with all the hardship in his life, causes the man to lose his mind. The same was the case with most of the school shooters in the US where the violent behavior came from the incel (involuntarily celibate) groups and their way of getting back at the society was violence.

Joaquin Phoenix was asked on the real-world consequences of the movie and this caused the actor to walk out of the interview and later Todd Phillips, the director of the movie, said in an interview the actor used to do these sorts of things while filming. He used to go out during takes and come back later on when he is in the right state of mind.

The behavior he showed was not taken kindly by the people involved in the filmmaking process or so it seems from some behind-the-scene footage which aired on Kimmel. Maybe this is just all a joke but it is still amazing to see the actor involved in a tirade of cuss words.

The clip released on Kimmel shows the actor cussing out the cinematographer of 'Joker' named Larry (the cinematographer is named Lawrence Sher) for his part in naming the actor Cher and whispering behind his back. “The constant whispering just shut the [ bleep ] up dude. I’m trying to like to find something real. [ bleep ] dude. [ bleep ]. Sorry, [ bleep ]. It’s not a big deal. It’s not a big deal. Yeah, it kinda is. [ bleep ]. I know you started the [ bleep ] Cher thing, Larry. [ bleep ] making fun of me. Like I’m a [ bleep ] diva. It’s not even an insult. Cher, really? Singer, actor, dancer, fashion icon — how’s that a [ bleep ] insult? [ bleep ] I can’t do this, man.”

It seems the video is in all good fun but still there is some serious nature to the way the actor gets agitated by the people behind the camera. Maybe this is all a joke and considering how good an actor Joaquin is, we wouldn’t put this past the actor.

The movie, on the other hand, seems to run out of goodwill with the movie currently holding a 78% rating on Rotten Tomatoes and critics and audiences seem divided on some of the aspects of the movie, just to clear don’t go by the IMDb rating just yet, no way 17,000 people already saw the movie. It is holding a 70 rating on Metacritic which is a clear indication of where the critics are and wait a week to see the numbers on IMDb to come down because it is just fanboys mostly who are skewing the metrics right now with multiple accounts to get the best possible rating for the movie early on.

Watch: The final trailer for Joker coming on 4 October 2019

The army sent out a memo warning service members of incel violence and how the whole thing will affect the opening week gross is still unclear but the movie is set for a monster earning at the box office.

Before you leave, make sure to check out our Movies & TV Shows section to know more about Joker and also visit Glamour Fame for more news and gossip on your favorite celebrities.