home Movies & TV Shows 'Joker' not Allowing Any Reporters on the Red Carpet of the Movie Premiere, only Photographers

'Joker' not Allowing Any Reporters on the Red Carpet of the Movie Premiere, only Photographers 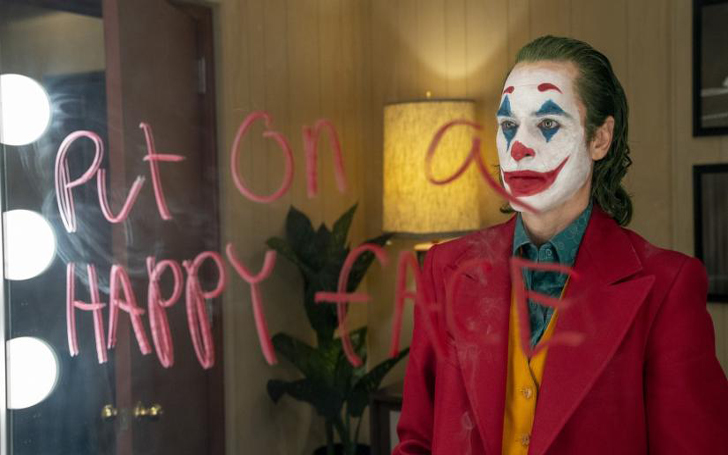 The press will be barred from attending the red carpet of 'Joker' and only photographers will be allowed in.

The run-up to the first-ever solo 'Joker' movie was a blissful one, reporters were singing its praises, standing ovations at prominent film festivals and even Oscar buzz surrounding the whole thing and now it is all crashing down. ‘Joker’ premiere will not allow the media to be on the red carpet and only be allowed to see the movie and not ask any questions to the stars.

Wow, it escalated pretty fast, and the reason for it all stemmed from the star of the film, Joaquin Phoenix, walked out of an interview when a reporter asked him about the real-world consequences of the character portrayed on screen. When the reporter asked him about the potential of people copying the character from the screen and inciting violence, Joaquin got upset and walked out of the room, and after an hour of peace brokering, he was back again.

But the damage was done, there was already a small contingent of people who were worried about the character of Joker, and his mass-murdering ways turned into a sympathetic story which demented and hate groups may take inspirations from. Then the Aurora movie theatre shooting victims’ family and the parents of the people who died wrote a letter to Warner Bros. saying they are not boycotting the film and freedom of speech should not be violated, but they asked for the studio to not support candidates who take money from the NRA.

This resulted in the studio sending out a message claiming the movie does not insight violence and this is not a movie where the bad guys who are mentally unstable, seemed to be as the heroes of the story. But they also stopped short of saying they won’t keep political affiliation with any people who oppose gun control; they did however said they will donate money to charities about the gun victims.

To make matter worse, US military sent out a memo to all the servicemen to be careful seeing the movie and the first thing was to take notice of the exits, then if a gunman shows up then hide and if the shooter finds you then fight with any means necessary. This was also followed by the FBI saying Incel violence may occur in the theatre and some threats were made against unnamed theatres.

From award buzz to now the FBI saying there might be violence in the theatre which is not going down well at the Warner Bros. headquarters and now they are taking their frustrations out on people who they probably blame on starting this whole storm. But the questions asked were a valid one, incel or involuntary celibates are the growing radicalized group in America and the way Joker loses his mind in the first act of the movie due to his inability to express his romantic desires to one of the girls he is close with. So, the question by the press on the real-world consequences of the movie seems pretty valid.

Then to pour gasoline on the fire, Warner Bros. decided it was the right decision not even to allow the discussions to happen when they said in the statement they want a public discussion on what is portrayed on screen. Barring the press from asking tough questions is not going to make the question go away, it is only going to antagonize the group which is going to be taking note when the award season comes around.

Barring the press from not being allowed to question is a stupid decision which is only going to backfire on the bottom line of the movie. Seeing how the discussion switched so quickly from a possible Oscar for Joaquin Phoenix to now the possible threat of incel terrorist was something which could’ve been controlled, but now the ban is only going to spin it all out of control.

Watch: The final trailer of the first solo Joker movie

Talk about a mess, could’ve been prevented but it is what it is now. Considering the buzz around the film and the minimalistic budget, it is going to be a huge hit for WB but how much impact the threat of a shooter will be on the movies collection neither can be calculated, not guessed.

Joker arrives in theatres on 4 October 2019 but maybe, just maybe it is not a good idea to go on the first few days of the movie’s opening, just a fair warning from the police, FBI and the military.

Before you leave, make sure to click on Movies & TV Shows to know more about Joker and also do not to visit Glamour Fame on everything related to entertainment news and gossip.