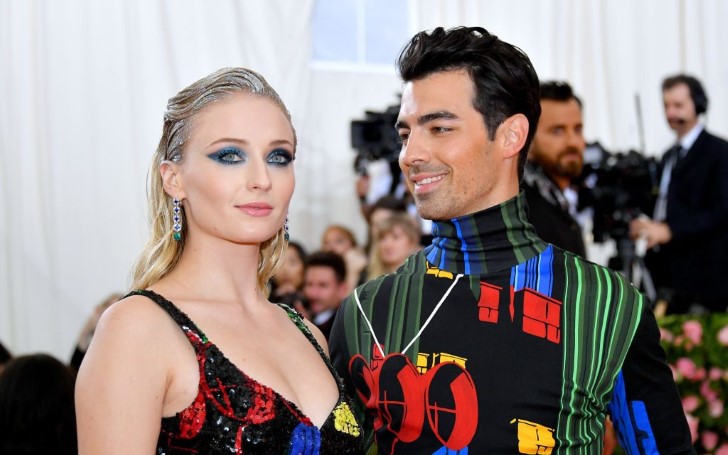 Joe Jonas took to his social sites to thank Game of Thrones for introducing his incredible wife, Sophie Turner.

When everyone is mourning the end of the popular HBO series, Game of Thrones, Joe also didn't leave behind to express his joy and sorrows for show. He took his Instagram to share his thoughts on the series’ finale, which aired on 19 May.

When you realize @gameofthrones is over vibes.... Congratulations to everyone that worked on this incredible show! life changing television. I have you to thank for introducing me to the incredible @sophiet 💜 long live the QUEEN OF THE MF NORTH.

It wasn't the first time, Jonas expresses his love for the series. Previously, in April, he dressed up as his wife character Sansa to celebrate the beginning of season 8 in a blue gown and long red wig which he shares on his Instagram story.

You May Like: Sophie Turner Says Game of Thrones Petition To Remake Season 8 Is 'Disrespectful'

Joe and Sophie first met after the singer slid into her Instagram DMs. Moreover, back in April, talking to Harpers Bazar, Turner revealed how exactly she met her now-husband.

"We had a lot of mutual friends, and they’d been trying to introduce us for a long time. We were following each other on Instagram and he direct-messaged me one fine day, out of the blue."

The duo exchanged vows earlier this month in a surprise ceremony at Las Vegas and they are definitely meant for each other.