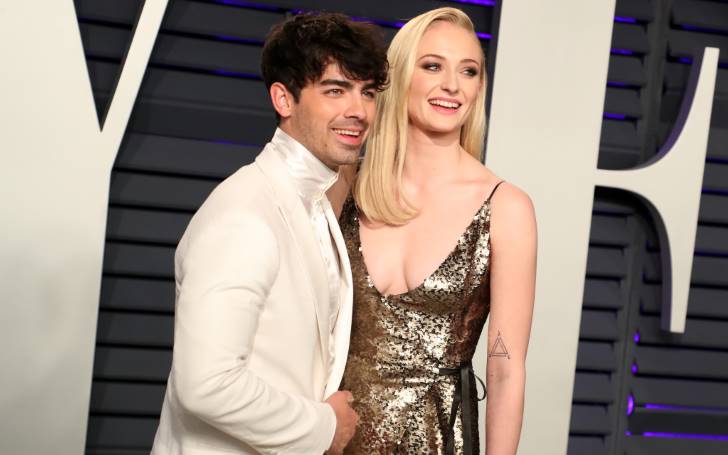 The Jonas Brothers are officially off the market. (Excuse us for excluding Frankie)

Joe Jonas and Sophie Turner surprised the whole world by randomly getting married just a few hours after attending the 2019 Billboard Music Awards where the three brothers gave a dashing performance.

Like seriously, who would have expected that these two love birds would say 'I Do' in such ways.

Regardless, we are still happy and grateful for the newlywed couple though.

Recommended: Glastonbury Festival To Feature A Tribute To The Late Keith Flint

The wedding news of the Game of Thrones actress with her long term fiance was first shared by DJ Diplo who took to his Instagram story and shared a few clips from the wedding that took place at a Las Vegas wedding chapel. 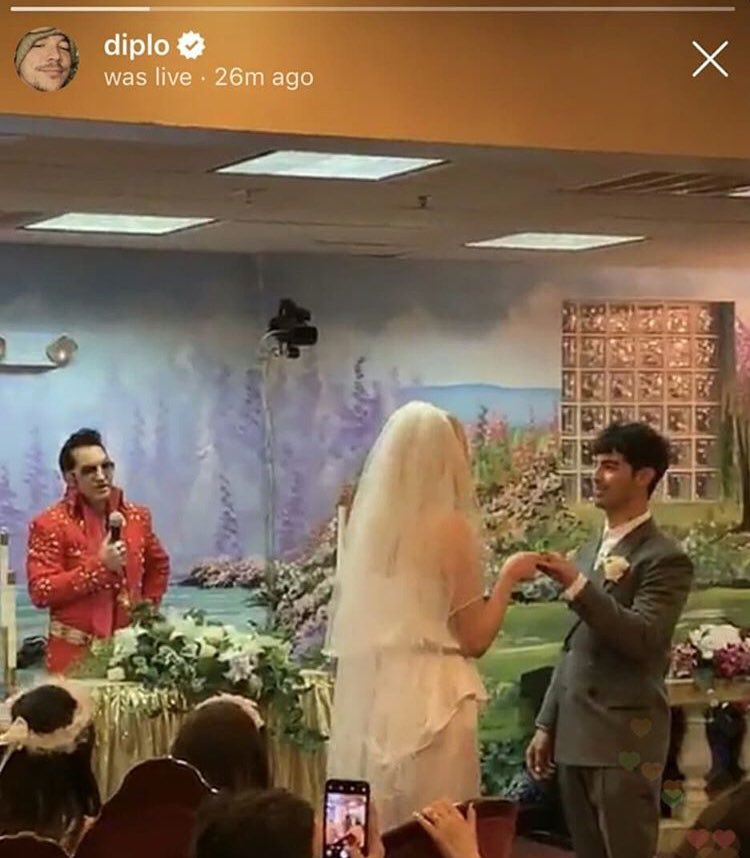 The shared clips showcase the 23 years old actress veiled in a white bridal gown whilst her groom is clad in a grey suit and pants.

Other than Diplo, the guest attendees included singer Khalid, and Joe's own brothers; Kevin and Nick Jonas who stood by the groom's side throughout the ceremony.

In addition to the surprising ceremony where Joe and Sophie exchanged their rings, the wedding was officiated by an Elvis Presley impersonator.

The couple then shared a laugh, hugged and took pictures after obtaining their marriage license.

Sophie and Joe met through mutual friends and got engaged in late 2017 after being together for over a year. The couple shared the happy news of their social media.

Sophie and Joe Jonas got married at a Las Vegas wedding chapel, hours after they attended the #BillboardAwards last night! 😯 Congratulations to the newlyweds! 🎉❤️ - {via @entertainmentweekly, @diplo}

Speaking of her relationship with Joe, Sophie previously said: "I’m happier than I’ve been in a very long time. I very much isolated myself for a while and forgot what was fun. Going out with friends, going out to eat, not really having a care. And people I’ve met recently in my life have drawn me out of that. It really helps you own those insecurities. The things I tortured myself about before, I can forget about."

"A lot of [my happiness now] is to do with being with a person I’ve fallen in love with, who loves me more than he loves himself, and who wants to see me find my own happiness,"

"That was probably the biggest thing that pushed me to find who I am — and find my happiness in things other than acting." the onscreen Sansa Stark told Glamour U.K.

In other news: David Eason Gets Off the Hook For Killing Dog Because Jenelle Evans Won't Press Charges!

Both Joe and Sophie, however, is yet to confirm their wedding.