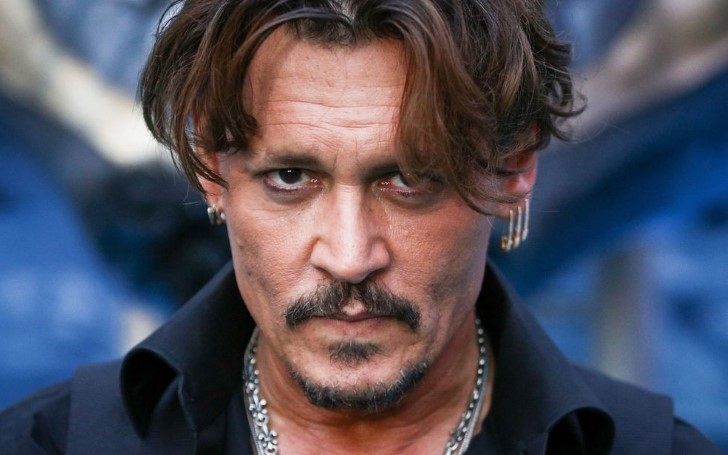 After the divorce from Amber Heard in 2017, the Pirates of The Caribbean actor has been spotted kissing a mysterious blonde.

The Internet is sizzling after Johnny Depp was pictured kissing a mysterious girl on Instagram in an event on Wednesday evening. The mysterious girl later turned out to be his close friend and auctioneer Letitia Frye.

I posted earlier about my annual prom pic with @alicecooper, glad I had the foresight to use this pose in my first pic with #johnnydepp years ago. ??Here’s our semi-annual Christmas Pudding pic for 2018! #backstage #allaccess #johnny #jd

The pair met while attending Alice Cooper’s annual Christmas Pudding concert in Phoenix, Arizona where Johnny donated two guitars for the charity which later on brought in more than $50,000.

For almost 17 years, the Christmas Pudding concert has raised funds for the building and operation of Cooper's non-profit the Rock Teen Center.

However, the rumor was immediately shut down through another post at the backstage where Letitia clearly mentioned Depp as her friend. So, it might be just too soon to tick him off the single list.

You May Also Like: Kathie Lee Gifford is Leaving NBC Today Show

Earlier, Johnny Depp and Amber Heard ended their 15 months long marriage in January 2017. The actress filed for a temporary domestic violence restraining order the year before which was later lifted.

Read: Jennifer Aniston Just Opened Up About her Successful Married Life and Children

''Our relationship was intensely passionate and at times volatile, but always bound by love. Neither party has made false accusations for financial gain. There was never any intent of physical or emotional harm.''

Depp later explained his side of the story for the first time where he said:

"It hurts. The thing that hurt me is being presented as something that you're really as far away from as you could possibly get, you know? But to... To harm someone you love? As a kind of bully? No, it didn't, it couldn't even sound like me."

Prior to his marriage with Amber, he was in a relationship with Vanessa Paradis from 1998 to 2012. He has two children with the French actress, model daughter Lily-Rose Depp and a son John Christopher Depp III.

Amidst the row with Amber, both of Depp's children supported him in the face of Heard's allegations. Meanwhile, it remains to be seen if Depp's relationship with Letitia blossoms into something more.