home Entertainment Who is Jonathan Isaac Dating in 2020? Find Out About Girlfriend

Who is Jonathan Isaac Dating in 2020? Find Out About Girlfriend 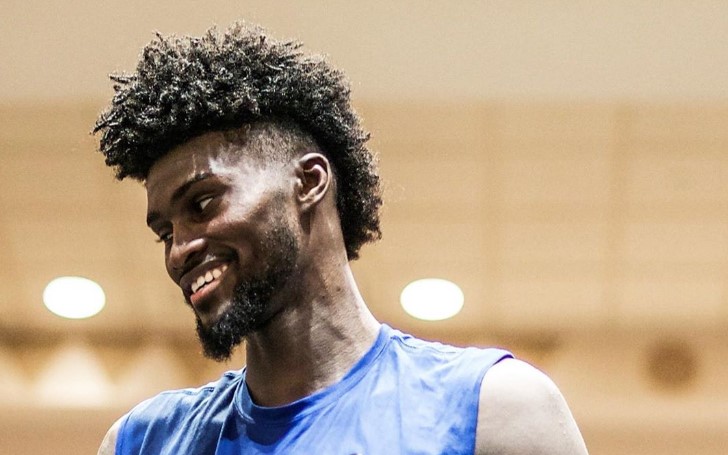 Here's what you should know About Jonathan Judah "Jon" Isaac's girlfriend and his relationship.

Jonathan Isaac (born Jonathan Judah Isaac), also known as Jon Isaac, is an American professional basketball player for the Orlando Magic of the NBA. Jon played college basketball for Florida State Seminoles for one season then he was picked by Orlando in the first round of the 2017 NBA draft.

Following his selection on June 22, 2017, Jonathan was ruled out on December 28 the same year due to ankle sprain and came back in action on February 23, 2018. But the player was assigned to the Lakeland Magic of the NBA G League for rehabilitation purposes.

The player did not lose hope though, in his second year in the league, Jon became a starter for the Magic in 66 games, posting career-high averages in points, rebounds, assists, and blocks per game. His impressive play did not just end there, he continued to do better, and that's why we love him so much.

Also See: Who is Marcus Rashford's Girlfriend in 2020? Find Out About His Relationship

Since we mentioned love, does Jonathan Isaac have a girlfriend, is he dating in 2020? Let's find out.

Well, well, it seems our boy, Jonathan Isaac, is already in a relationship. Jon is in a romantic association with his girlfriend, Paris Takita. The couple is known to be dating for quite a while now.

Also Read: Who is Dominic Fike Dating in 2020? Find Out About His Girlfriend

When we stalked at their social profile, more precisely, their Instagram, they often make appearances on each others' accounts, and they just give us the butterflies with their sweet love story.

Jonathan Isaac is not only in a relationship, but he recently proposed his girlfriend, too. On May 4, the Orlando Magic forward posted a series of pictures on his Instagram and announced the big news.

On the caption, Jon wrote, "Officially engaged!! Thank you in advance I give Jesus all the Glory for His love and word that has gotten me to this moment! Excited for the future!"

On his post, the Orlando Magic player is seen down on one knee, embracing his fiancee and sitting alongside her in front of a balloon arch that included the words, "Welcome to Paris Takita and Juda."

The couple was dress formally for the occasion, Isaac was clad in a dark blue suit and his girlfriend, now fiancee, in an evening gown.

You May Also Like: Who is Alex Caruso Dating? Find Out About His Girlfriend and Relationship