home Entertainment Who is Marcus Rashford's Girlfriend in 2020? Find Out About His Relationship

Who is Marcus Rashford's Girlfriend in 2020? Find Out About His Relationship 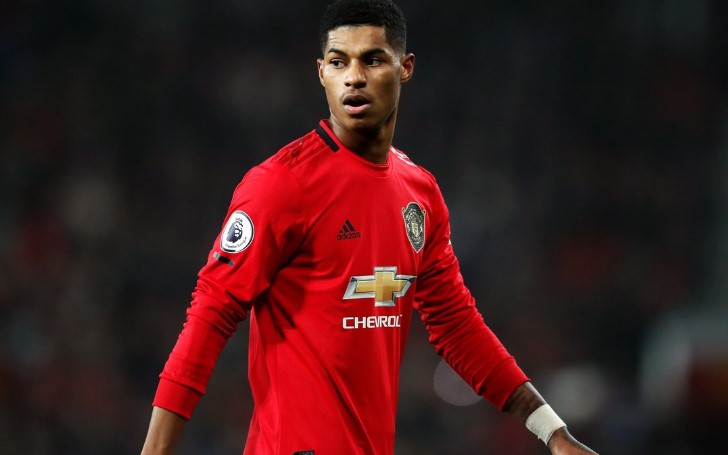 Here's what you should know about Marcus Rashford's girlfriend and his relationship.

The same year in 2016, Rashford started playing for the England national team, and the player scored on his debut match and became the first youngest English player to score in his first senior international match.

Also See: Who is Chase Elliott Dating in 2020? Find Out About His Girlfriend

We all know how great of a player he is, his talents are not a secret to us, however, we wanted to know more about his personal life, so we dived into his private life, and tried to find who the player is dating. Let's find out about Marcus Rashford's girlfriend in 2020.

Marcus Rashford's Girlfriend. Who is She?

Well, our boy, Marcus Rashford, is, in fact, in a relationship. The player is dating his girlfriend, Lucia Loi. The couple is together since their high school days, and their relationship is resolute, it's just growing every day.

The couple tries to keep their relationship as secretive as possible. Still, Lucia has appeared on many of the matches of Rashford, following which the media and other people came to know about their relationship.

Also Read: Why Did Meek and His Girlfriend, Milano, Broke Up After the Rapper's 33rd Birthday?

According to the reports, Lucia was spotted in the stands during the infamous win over Columbia at the 2018 World Cup. Previously, the girlfriend of Rashford shared a picture of them together on Rashford's birthday in 2016.

A Little More About Lucia Loi

According to the reports by the Sun, Marcus Rashford's girlfriend, Lucia Loi, is a graduate with first-class honors from her degree. Loi studied advertising and brand management at Manchester Metropolitan University for the past three years.

The reports further suggest she is 22 years old as of 2020 and added she previously worked for the Manchester-based PR company, "Sugar," as a PR account executive. Moreover, she got a first in her degree, so she is all set for her career in PR and advertising.

You May Also Like: Who is Kaitlan Collins' Boyfriend in 2020? Find Out About Her Relationship