home Entertainment Who is Kaitlan Collins' Boyfriend in 2020? Find Out About Her Relationship

Who is Kaitlan Collins' Boyfriend in 2020? Find Out About Her Relationship 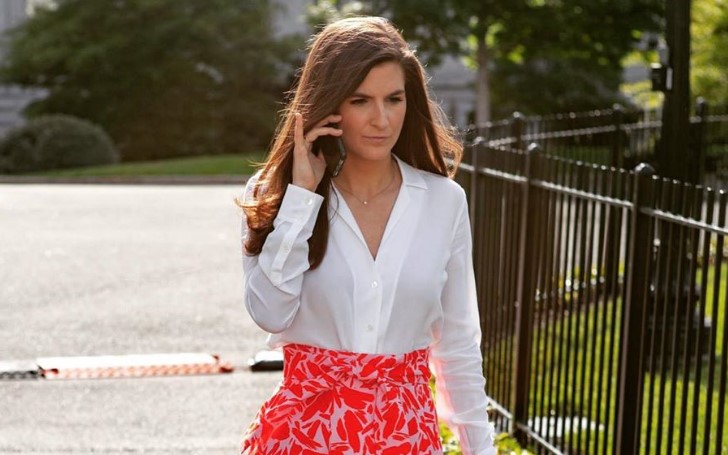 Kaitlan Collins (born Kaitlan L Collins) is an American journalist who is known for being a CNN's White House correspondent. She previously served in the same post for the website, "The Daily Caller."

The CNN correspondent graduated from Prattville High School and later attended the University of Alabama, where she was a member of Alpha Phi sorority. Following her graduation in journalism and political science, Kaitlan moved to Washington.

Also See: Aubrey O'day Plastic Surgery, Did She Go Under the Knife?

Since we are here to talk about Collins' personal life, let's find out who she is dating, and what's going on her love life.

Kaitlan Collins Boyfriend, Who is He?

Since you are here, we suppose you follow Kaitlan Collins, it's obvious that you know she is in a relationship. While many assume she is already married and has a husband, however, that's not true.

Kaitlan is still in a dating phase with her boyfriend, Will Douglas. Despite keeping her private life extensively secretive, fans found out she is dating will for the last four years.

Following there low key romance, many also assumed the two broke up; however, that's not still confirmed from the CNN correspondent.

Who is Kaitlan Collins' Boyfriend, Will Douglas?

It's already been fours year Kaitlan Collins and Will Douglas started dating, the couple is speculated to has met in May of 2016 as found from her social media post.

While many speculations surfaced about their breakup, the couple seems to be still together as their photos on each other social profiles are still pretty much intact.

Since they are together, we wanted to know a little more about Kaitlan Collins' boyfriend, who is he, what he does? While not much information is available about him, we at least found he is a pharmacist and a business owner.

Moreover, the business owner is a candidate for Texas House District 113, and he also has a campaign account named 'Will Douglas For Texas" on Instagram. All these were listed on his profile, so that's what we have at the moment. If you want more in-depth information about their relationship, just go to this link.

You May Also Like: Why Did Meek and His Girlfriend, Milano, Broke Up After the Rapper's 33rd Birthday?