home Beauty Aubrey O'day Plastic Surgery, Did She Go Under the Knife?

Aubrey O'day Plastic Surgery, Did She Go Under the Knife? 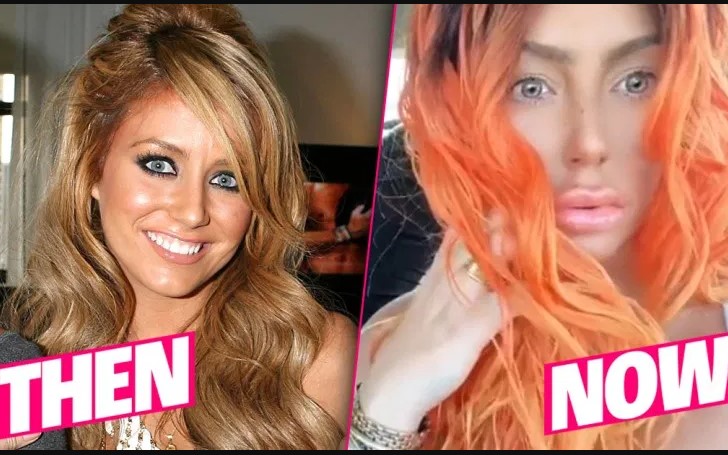 Here's what you should know about Aubrey O'Day's plastic surgery.

Aubrey O'Day (born Aubrey Morgan O'Day) is an American singer/songwriter and television personality who came into prominence for being a member of the girl group, "Danity Kane."

Aubrey, moreover, has tried her hands on modeling as well; she modeled for magazines like 'Blender' and 'Playboy.' However, she keeps herself busy, mostly making her music.

In 2011, the singer/songwriter signed a solo record deal with SRC/Universal Motown Records, following which she released her debut EP, 'Between Two Evils,' in 2013.

All we can say is, Aubrey is doing pretty okay in all the career path she is in, but mostly surrounds herself with rumors and controversies of late. Since she is in the showbiz industry, and it's pretty normal really, believe us, almost all female has to face this; people suspect Aubrey O'Day has had plastic surgery.

Did she really go under the knife, What procedures she opted for? Let's find everything about Aubrey O'Day's plastic surgery.

Well, those who follow Aubrey O'Day know about her changing faces. We even heard the word 'Yikes!' for the star following her plastic surgery. Radar Online covered a story of Aubrey O'Day's possible procedures, on which it stated the singer spent somewhere close to $50,000 to $80,000 to reconstruct her face.

The rumors started when the model posted of her selfies on her Instagram following her plastic surgery, and on her photos, she seemed like a disaster, sorry for too honest words.

Another expert on the topic, Aesthetic Injector, Kristina Kitsos, said, "She appears to have had her lips enhanced with injectable fillers and possibly with silicone."

While more to his claims, Dr. Youn remarked, "I believe she may have injections of Botox to smooth her forehead. She also appears to have undergone a brow lift and injection of filler into her smile lines."

Also See: Who is Dustin May Girlfriend in 2020? Find Out About His Relationship

Moreover, some people also believe she has had plastic surgery for her boobs; they think she had a boob augmentation, which, according to us, seems convincing.

What Did Aubrey ODay Say About Her Plastic Surgery Rumors?

Well, Aubrey ODay, has, in fact, addressed her plastic surgery rumors. The singer/songwriter insists she has never gone under the knife to change her appearance. The model slammed all the rumors, saying, "I know all the tricks, I've had lip fillers and Botox. I put a lot of filters. I know all the tricks, and I use them."

Aubrey further added, "No, not at all. When I was 17, maybe. I think the worst comment I ever read, and then I didn't read anymore, was, 'She looks like an old leather handbag that's been put in the dryer 15 times.' That was one of my faves."

O'Day continued, "By being on reality TV since I was 17 and being called a leather handbag that's been jugged through the dryer 15 times since I was 17. It's all silly. I look in the mirror. I know what I look like. I love me! I'm the happiest I've ever been."

The singer added, "I wish I were youthful in regards to my energy. I can't do Barry's Bootcamp twice a day anymore. As I get older, there's so much pressure on women to be skinny or to have tinier bodies, and every little inch that I gain, I'm so affected by it. I've gotten to a place that I'm like, I'm healthy, I don't take drugs, I barely drink, I exercise every day, and I feel mentally happy. I don't need anything other than what I'm doing because it's working for me."

You May Also Like: Did Regis Philbin's Wife Joy Philbin Undergo Plastic Surgery? Let's Find Out