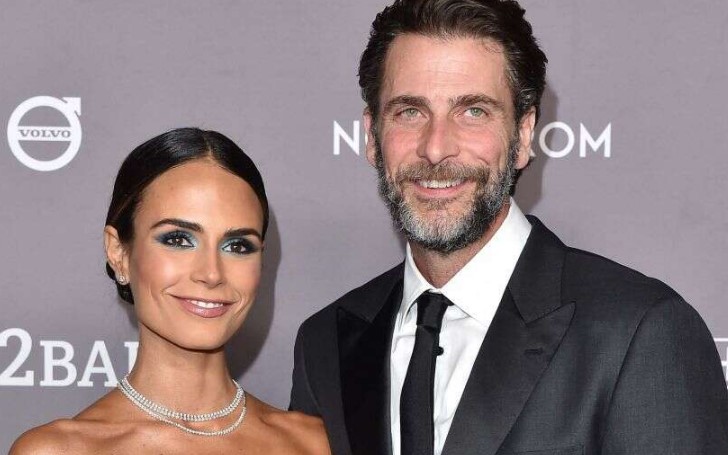 It's official now, after a month of rumors of their split, the 'Fast & Furious' actress, Jordana Brewster, confirmed the separation with her former husband, Andrew Form.

According to one of the media outlets, The Blast, Brewster filed for divorce from her husband of 13 years this Wednesday, July 8.

Also See: Lewis Capaldi Not Making You Wait Till 2021 for a New Album & More!

The reports further claim the former couple separated earlier this year but the news of their split made headlines in early July only.

While "People" reported on June 6 that the former couple separated on amicable terms, the former spouse plan to co-parent two sons, Rowan,4, and Julian, 6, they share.

The former couple was married in 2007, the couple held a private ceremony on Nevis Island, a location in the Caribbean Sea. The two shared incredible chemistry together, it was hard for us to imagine they will separate.

Watch: Jordana Brewster and Andrew Form are calling it quits.

Brewster recalled a moment before her marriage with Form. Jordana said, "I was always the girl who said I'd never move in with someone before I got married, and then I just did it. I'm the biggest hypocrite ever! I had been dating him for only a little over a month, but I never went back to living in my apartment."

The love was just irresistible for the two, but time changed everything.