home Entertainment What is Julia Butters' Net Worth in 2021? Learn About Her Earnings and Salary

What is Julia Butters' Net Worth in 2021? Learn About Her Earnings and Salary 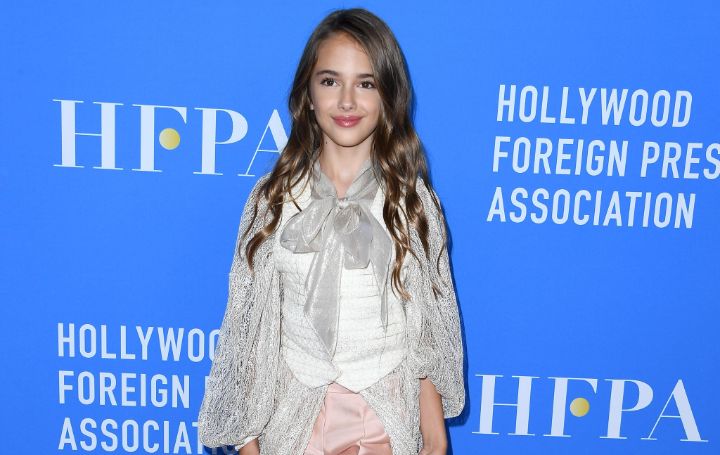 How much does Julia Butters earn? Get all the details here.

Julia Butters is an American child actress popularly known as Trudi Frazer in Quentin Tarantino's Once Upon A Time In Hollywood. She was awarded Best Youth in Film for her role. She's also been nominated for the Saturn Award for Best Performance by a Younger Actor, snd the Critics Choice Award for Best Young Performer.

Born on April 25, 2009, Julia was raised in Los Angeles, California, by her loving parents Darrin and Lorelei Butters. By profession, her father is a Disney animator from Kearney, Nebraska, and her mother is a homemaker from Los Angeles, California. She is just 12 years old and still in her school. There is no information related to her education.

Though the star started her career at a minimal age, she has succeeded in gaining fame and becoming the favorite of all the people worldwide. To know more about her career and net worth, have a glance at the written article below.

What is the Net Worth of Julia Butters in 2021?

Julia Butters is a child actress by profession. Her net worth of 2021 is estimated to be $500 thousand as per the report.

Julia Butters's net worth of 2021 is estimated to be $500 thousand.
Photo Source: Popsugar

Julia started her career at the age of two with numerous TV commercial ads. Her PR agency and her parents handle the wage that she earns through her career. She is a well-known child artist in today's generation. She has done many shows like Transgender, American Housewife, and Once Upon a Time in Hollywood.

Also See: What is Bobby Finke's Net Worth in 2021? Learn About Olympic Gold Winner's Earnings!

How is the Career of Julia Butters?

As mentioned above, the child actor started her acting career at the age of two. As her father's job is related to Hollywood and the movies, it is evident for her to be interested in the acting career. She took the lead off in Hollywood with the commercial ads and debuted in the show Criminal Minds as the character Gabby.

Eventually, the child actor got an opportunity to act in the show titled American Housewife as a recurring role for four straight seasons. Looking at little child working skills in that vary show, Quentin Tarantino offered the movie and cast in Once Upon a Time in Hollywood as Trudi Fraser. She has also done the film like 13 Hours: The Secret Soldiers of Benghazi, The Rusted, Term Life, and Family Man.

Check Out: What is Eliza Scanlen's Net Worth? Learn About Her Earnings and Wealth Here

Despite her age, Julia Butters has received recognition as the other actors/actresses in a short period which clearly shows her the best future in her acting career. Her dedication and hard work to work will make her easy to fulfill all the dreams of her life.