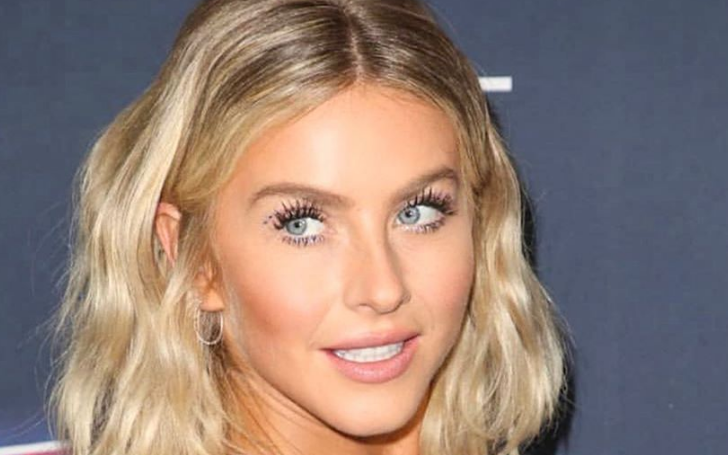 Julianne Hough is in love with her new song which she debuted during AGT Finale.

One of the judges of "America's Got Talent," Julianne Hough debuted her first new song on the season finale of the show.

Brooks Laich's wife who does not take his husband's last name said, "I couldn’t imagine a better stage. This is where people’s lives begin, and I feel like I’m just getting started with my music again."

The song came almost after ten years as last time she came out with a single "Is That So Wrong" in 2010.

The AGT judge also shared about her chitchat with Mandy Moore. The singer said, "When Mandy said she was releasing new music after ten years I literally DM’d her and said ‘Wait, what?! I am too! This is so cool!’"

Julianne, 31, said she feels like it's the most creative and authentic way to to find a voice which super empowering that was suppressed for almost a decade.

Hough further added she is happy to share her song with people, but she can't have enough of the notes of the song herself. She is just in love with her song.

Before officially launching the song on AGT, the singer teased her performance on social media.

It seems like this is a very musical year for the dancer as she is set to appear to sing with Dolly Parton on Netflix's new scripted anthology series, "Dolly Parton's Heartstrings."