home Entertainment Who is Justin Escalona? Find Some Interesting Facts About the Filmmaker

Who is Justin Escalona? Find Some Interesting Facts About the Filmmaker 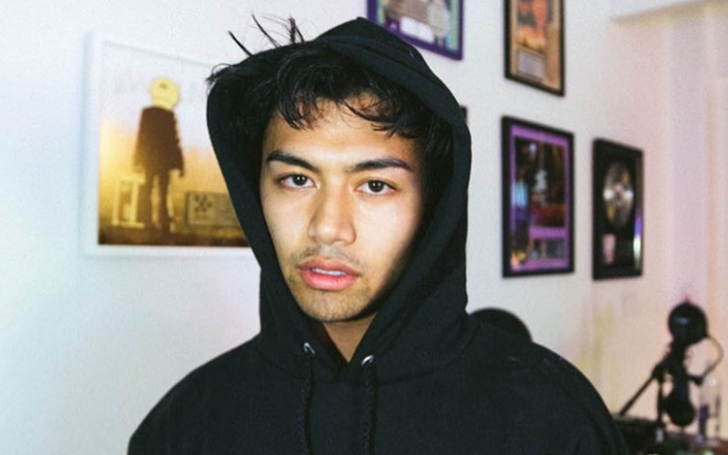 Justin Escalona is the name not known to many yet, but this is going to change soon. Justin is a promising filmmaker from Chicago, who now, within his close following, known for his YouTube collaboration channel 'OPG,' or 'OurPizzaGang,' with Crawford Collins, Jake Foushee, Alex Ernst, and Zach Lilley.

The filmmaker, apart from his collaborative channel, also has two independent YouTube channels of his own, namely 'Justin Escalona,' and 'Justin Escalona Poker.' Escalona, on his channel, mostly updates his vlogs, and surprisingly his channel has seen massive growth recently.

Justin's channel boasts an impressive more than 321,000 subscribers and more than 61 million total views. The YouTuber created his channel back in 2008, but only recently, he saw the growth while his 'Poker' channel was started in 2016 and has only 25K subscribers.

While his YouTube career looks promising and sure to grow in the days to come, there are some other things the filmmaker has tried his hands on. So, let's dive into the facts to know some exciting things about him.

Get to Know Justin Escalona (Bio/Wiki)

While there is very little information about the filmmaker when it comes to his personal life, the only things known about him are, he hails from Arlington Heights, Illinois. Further details suggest he was born on September 13, 1996.

While talking about his career and education, Justin studied Film and TV at the University of Southern California. After completing his studies, he began his filmmaking career from working small jobs like filming concerts for rappers. Then he started filming his series, 'Rooftop Sessions,' in 2014 when he was 18.

In the same year, Justin got to know Faze Clan and soon started working for them as he used to film for their gaming. Soon, the 23-year-old filmmaker managed to get hold of an essential position in the Faze Clan, which helped him grow as a YouTuber.

Apart From Filmmaking, Justin Escalona is Also an Entrepreneur

We hardly take chances when it comes to expanding the business. We really don't get that assurance when we haven't done something significant in one career field. But things were different for this young lad. While he was following his passion of filmmaking, he was simultaneously trying his hands-on business.

The 23-year-old is the founder and creator of '1340 Collective,' a clothing brand he started from his college dorm. The business was tremendous from the first week; his company made $20,000 in the first week of business. His firm focuses on street fashion wear.

Also See: Who is Christine Bullock? Some Facts to Know About 'Below Deck Mediterranean's First Guest

One of the reasons why his clothing line went so significant was his idea of 'never repeating the pattern.' The 23-year-old's clothing company releases only two collections a month; once they go out of stock, they are never restocked; instead, the customers are served with a new collection. This exclusivity marketing really did magic for Justin Escalona.

Justin Escalona was Nominated 'Vlogger of the Year'

Justin Escalona was nominated 'Vlogger of the Year' at Shorty Awards in 2019. While he did not win the award, being nominated itself is a big deal. The popularity of Justin's vlog skyrocketed in 2016 when he surprised his dad with 'World Series' tickets. He continued to be a popular creator on the platform ever since.

Justin basically films his vlog, which is a fun lifestyle and high energies — meeting up with celebrities, showing up to celebrity birthday party, and doing all the fun things that keep his viewers hooked to his contents and videos.

You May Also Like: Christine Bullock Husband - Is the Fitness and Lifestyle Expert Married?