home Entertainment Justin Escalona Girlfriend - Is the Filmmaker Dating Someone?

Justin Escalona Girlfriend - Is the Filmmaker Dating Someone? 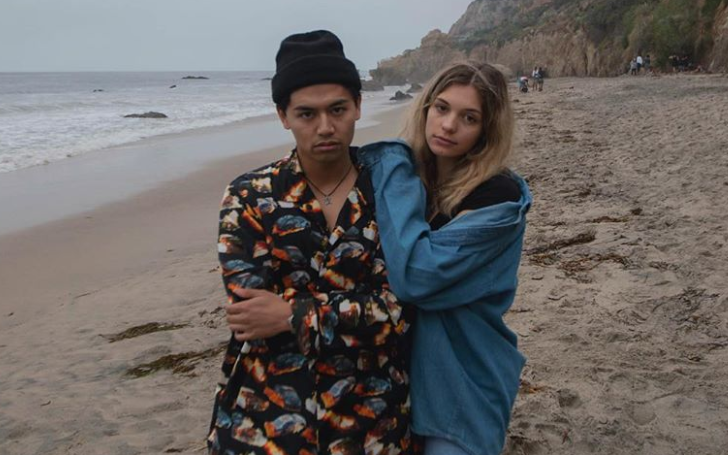 Justin Escalona is one of the most promising filmmakers and aspiring entrepreneurs. The story of how he embarked on the Journey of filmmaking while making his side project a massive success at the same time, which helped him follow his passion.

The filmmaker is pretty big in YouTube as well, while he basically uploads his vlogs to the channel; people just love his way of visual storytelling. The YouTuber boasts an impressive 321K subscribers with more than 60 million views. It that, it's pretty clear he is doing great as well.

The Journey tells an exciting story of how he began his clothing line from a college dorm and made $20,000 on the first week of business. The 23-year-old ended up on Forbes at the young age of 22, all thanks to his lucrative business plan. You can get more details about his business idea here.

While it's no secret, Justin is doing pretty good when it comes to filmmaking and business. Ending up at Forbes at 22 is no joke. Keeping that aside for a while, we went a little further to know more about his personal life. When it comes to private life, we wanted to know if Justin is in the dating scene or not. So, let's find out here.

Justin Escalona Girlfriend - is the Filmmaker Dating Someone?

It is fair for us to think he is pretty busy with his work and business, so he rarely gets any time for his girlfriend. This forced us to believe the 23-year-old is still single; however, that's not the case. He is going places, he is not compromising on anything, he is living his life at best, and doing things he wants to do.

Also Read: A Brief Introduction to Jeff Foxworthy Family - Let's Find Out About His Wife and Kids

So, yes, the 22-year-old filmmaker is indeed dating. Justin Escalona is in a relationship with his girlfriend, Caroline Eyer. It's still unclear when the couple started dating, but by what it seems, the pair in a relationship for quite a while, at least for two years.

Who is Caroline Eyer?

Caroline Eyer, just like Justin, is in a creative field. She has her own YouTube channel of the same name, where she uploads pretty much a mixture of everything. For instance, you will see uploading vlogs, some camera tricks, photoshoot hacks, and more.

By what we saw, we assumed she is a photographer-cum-filmmaker-cum-YouTuber. Well, we can see from where the inspiration came for her. But she is equally talented as Justin, if not more.

So, it's safe to say, the couple is a real example of made for each other, and they, kind of, seem to complete each other. While it's not our business to poke nose too deep, but we really hope they go a long way. That's what we really want to see in the future because they are just perfect couple.

You May Also Like: Coin Out Net Worth - A Brief Introduction of the App and It's Worth in the Market