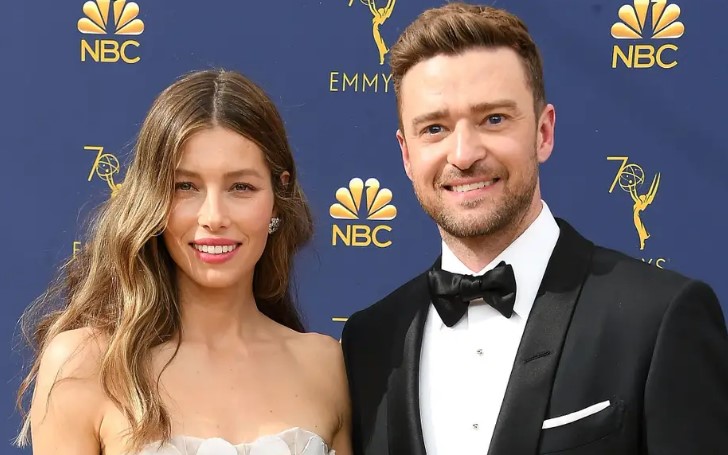 Well, well, what do we have here. Justin Timberlake and Jessica Biel had a secret pregnancy, and reportedly they recently welcomed their second child, what? The news came from a British media outlet, Daily Mail.

The couple for five years, Jessica and Timberlake, is parents to their five-year-old son, Silas Randall Timberlake, and now it's their second son. The news came after Justin was seen holding hands with actress Alisha Wainwright while shooting a film in New Orleans.

The couple, however, has not confirmed the news by Daily Mail's report. But everything suggests something was definitely there. Biel's mother spent some time with her daughter, allegedly her grandson.

The media outlet further reported the couple has not been seen together since March and could be the reason for the suspense. The last time couple shared pictures of them together was on Biel's birthday on March 3rd.

So, it's speculated that the couple is keeping their distance following Justin was seen holding hands with Alisha back in November.

Following the incident, Justin apologized, saying, "I drank way too much that night, and I regret my behavior, I should have known better. This  is not the example I want to set for my son."

Justin added, "I apologize to my amazing wife and family for putting them through such an embarrassing situation, and I am focused on being the best husband and father I can be. This was not that. I am incredibly proud to be working on Palmer. Looking forward to continuing to make this movie and excited for people to see it."

Following the scandal, one of the sources reported the couple is working on their relationship. The source said, "Although the pandemic is very stressful, Jess is trying to look on the bright side of things and thinks the extra downtime that comes along with the situation is great for her and Justin's relationship."

The source added, "hey, of course, both have their moments of being irritated, but it has ultimately brought them closer and having the main focus be each other and [son] Silas has been a good thing."

You May Also Like: Nick Cannon Fired from "Wild 'N Out" Following Anti-Semitic Comments.