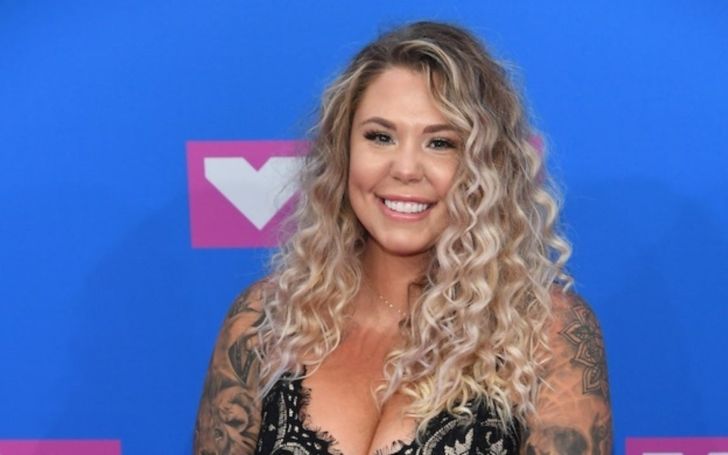 Kailyn Lowry reunited with Chris Lopez over the weekend to celebrate her son's birthday.

The duo has gone through several ups and downs over the past few years; they were seen standing beside one another and smiling. By the look of what it seemed, they are in a good place, at least for the celebration.

The photo also saw several other family members and friends, including Lowry's eldest son, Isaac, who she shares with former boyfriend, Jo Rivera.

Lowry and Lopez fell in love shortly after Lowry's divorce with Javi Marroquin. After a few months of her divorce, Lowry discovered she was expecting her third child with Lopez, the two of them called it quits amid rumors Lopez cheating on Lowry.

Over the past months, the duo seems to be in a good place and Lux's weekend birthday party appears to prove just that, but, when it comes to a potential reconciliation between the former couple, it's yet to be confirmed.

The last time the duo seemed happy together was from their recent trip to Hawaii. Lowry was on vacation with her co-star Leah Messer, and their kids, but Lopez shocked fans when he suddenly turned up in Hawaii and was seen Lowry's Instagram video.

Also See: Kailyn Lowry Rocks A Two-Piece In This Beautiful Snapshot Of The Teen Mom Veteran As She Stirs Up Quite An Online Debate

Even Lopez shared a number of photos together with Lowry, let's hope her son's birthday might do some magic to bring this ex-couple back together.