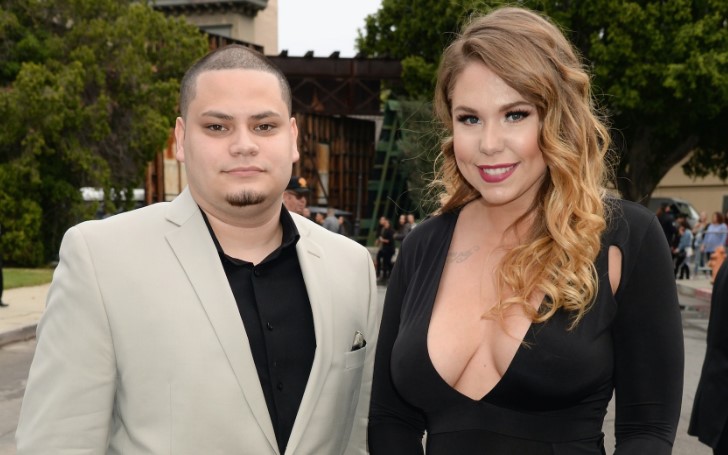 Kailyn Lowry and Chris Lopez are far from talking with each other, let alone getting back.

Just a couple of days ago, we covered a story where we said Kailyn Lowry, who slammed her body shamer, celebrated her son Lux Rusell Lowry's birthday, and Chris Lopez happily embraced the event.

But according to latest reports, Teen Mom 2 star, who rocks a two-piece, star confirmed she is no longer in good terms with Chris, following which Lopez took to Twitter and wrote, "better off without that b***h, I am glad we had a falling out."

After a short time, Kailyn, who likes to flaunt her body in a bikini, replied to Lopez's statement during a Q&A with fans on Instagram. Kailyn replied with a rather quick answer stating it's none of her business how Lopez feels about Lowry.

The former couple was doing quite good with their co-parenting relationship for the past several months; the duo also sparked rumors of getting back together as they were spending time as a family.

But sadly, their good times came to an end after such harsh comment from Lopez.

The ex-couple started dating in 2016, just after a few months into their relationship; Lowry was expecting their first child, they called it quits amid rumors Lopez was cheating on her with at least one woman.

Lowry opened up about her love life during an interview with one of the internet outlets and confirmed she would love to get married for a second time if the right person comes.

Kailyn said, "I think I would get married again. I always go back and forth with it, like I would never do it again. But, I think in the right situation with the right person, I think so."

According to Kailyn, she is enjoying the perks of celebrity status as she manages to bag dates, and she is really giving in to the idea of getting married again.

Well, indeed, the star needs to look for new avenue and leave her past behind, there's no chance the two are getting back together, which is apparent from Lopez's post.

What's suitable for Kailyn is to find someone new and settle for good, she for sure deserves better. By this, we mean, Lopez should also move on now, and look for someone with his same frequency.

We hope all the best for both of them for their future.