Is Kate Abdo Married? Learn About Her Relationship Status Here 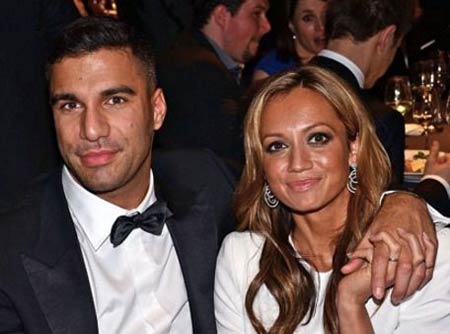 Currently hosting the UEFA Champions League, Kate Abdo is a British sports broadcaster who boasts extensive experience working worldwide as a presenter. A hardcore Manchester United fan, Kate was recently backlashed for her reaction to the defeat of United. Presenter Jamie Carragher questioned her impartiality as a presenter.

Abdo was born in Manchester, England; she got a breakthrough in her career anchoring CNN's daily program 'Sports Daily,' before which Abdo had briefly worked at the German news network, Deutsche Welle. A prominent figure in the sports world at the age of 39, Abdo once had a flourishing conjugal life, which lately is in question. Continue reading to discover the gorgeous presenter's married life and more.

A skilled presenter, Abdo speaks four languages, and her work extends to international sports networks. After CNN, she joined the UK's Sky Sports, where she hosted boxing events and European football. Mostly in headlines regarding her profession, it is probably the first time the presenter has come under media's scrutiny because of her married life.

Abdo married an accomplished German businessman named Ramtin Abdo in 2010 in a very private ceremony. A career-oriented woman, Abdo has remained focused on her profession and hasn't kept her personal life open.

Kate and Ramtin have no kids despite being married for more than a decade. Although no information of Ramtin or his relationship with Kate has ever been brought out, their marriage is surely coming to an end, apparent from Kate's Instagram.

Don't Miss: Tiffany Boone's Husband: Everything to Know About Her Married Life.

Active on the platform since 2017, Abdo hasn't uploaded a single picture of her husband. Regardless of her official marital status, Abdo has been dating Sky Sports boxing analyst Barack Bess for a while now, and to top it, she has been keeping it candid as well.

As people's curiosity around her twisted romantic life kept growing, it was found that she started her career as Kate Giles. Hence, the best speculation so far is that she is divorced but has decided to keep Ramtin's surname, but looking at Kate and Barrack's forthright love. Maybe we will soon see it changed to Bess.

Although Kate saw the pinnacle of her career in Sky Sports, she left the network in 2015. It happened so after she was loaned to Fox Sports to cover their Fifa's Women's World Cup and ended up joining the office permanently after she did a splendid job guest hosting the world cup.

Kate Abdo lost her position at both Fox Sports and Turners when the pandemic struck.
Photo Source: Article Bio

Under Fox, she took on the studio host's position and remained in the office for five years. She hosted "Inside PPC Boxing," regular studio shows, and even led Turner's coverage for a short run. Her other notable coverage includes the 2014 and 2015 FIFA Ballon d'Or and Laureus World Sports Awards.

Recommended: Is Adria Arjona Married? Find It Out Here

When the pandemic struck, Abdo abruptly lost her position at both Turner and Fox Sports. As per reports, her Fox deal also consisted of covering combat sports events, which unfortunately didn't happen. Thankfully for Abdo, she was hired by CBS Sports immediately as the host of UEFA Champions League and Europa League, and Abdo resumed her hustle in the male-dominated industry since then.

She is also fronting DAZN boxing currently; in fact, she caused quite the headlines for her bold comment during the broadcast of Ryan Garcia and Luke Campbell's fight in January, when she complimented Garcia's father for his good sperm. Some called the comment unnecessary, while Brian Campbell deemed it as 'one heck of a compliment.

For more information information and news on your favorite stars, stay connected to Glamour Fame.