Kate Middleton Rumoured To Be Pregnant And Expecting Fourth Child 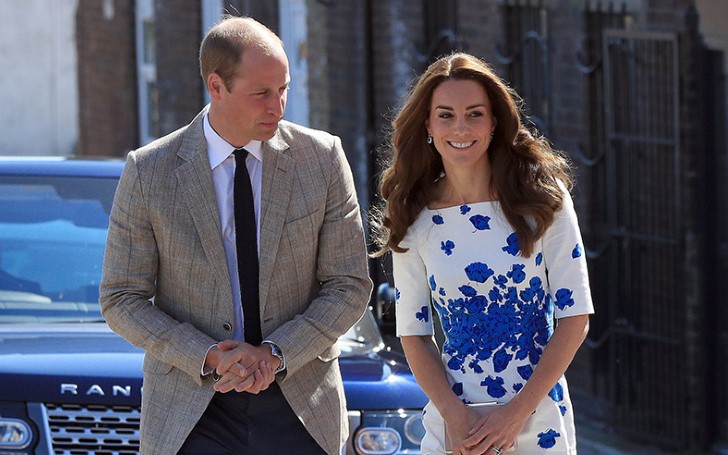 The influential Duchess Kate Middleton is reportedly stated to be pregnant with her fourth child potentially delivering the British Royal family a new member.

Speculations on the rumor of Duchess of Cambridge, Catherine Elizabeth Middleton also known as Kate Middleton's being pregnant with her fourth child has been going on for the last few months. Is there a new royal family on the way?

Only in September, sources were stating that Kate Middleton is pregnant with her fourth child with husband Prince William, the Duke of Cambridge. The Duchess only gave birth to her third child, Prince Louis of Cambridge earlier this year in April. And, she is already reported to be pregnant with baby number 4.

The Duke and Duchess of Cambridge joined The Queen and Members of @TheRoyalFamily for the annual Diplomatic Reception at Buckingham Palace. The reception, attended by members of the Diplomatic Corps based in London, supports the work of representing the work of the Royal Family in the UK at home and abroad. 📷 PA

A source added that Kate has always wanted four children. And her wish regarding completing her family with four is finally coming true. However, another source revealed that Kate doesn't want to go through pregnancy issues again since she was tired of going through morning sickness during her three previous pregnancies.

The Duke and Duchess of Cambridge accompany State Visit guests, including Prime Minister Theresa May, to The Netherlands State Banquet held in the Ballroom at Buckingham Palace. #NetherlandsStateVisit

Nevertheless, as per OK! US, Kate is pregnant. Although, no confirmation news or announcement has been made from the official sources of the royal family.

“I recently read that the culture of fashion has changed from where it was once ‘cool to be cruel’ to now where it is ‘cool to be kind’. I feel especially proud to announce tonight’s winner, who is a British designer leading on the global stage with vision and creativity, but also with incredible kindness.” – The Duchess of Sussex presents @clarewaightkeller with her award for British Designer of the Year - Womenswear at the @britishfashioncouncil Fashion Awards. The award recognised Clare Waight Keller’s formidable contribution as a British fashion designer to the industry this year and was decided by a panel of over 2,000 international industry experts. Clare is the Creative Director of International fashion house @givenchyofficial.

Consequently, Kate's sister in law, the Duchess of Sussex, Meghan Markle is pregnant at the moment with husband Prince Harry, the Duke of Sussex.

This new photograph of The Prince of Wales and his family has been released to celebrate His Royal Highness’ 70th birthday. The photograph was taken by @chrisjacksongetty in the garden of @clarencehouse

Princess Charlotte is fourth in line for the succession of the British throne. And like we already mentioned, the youngest child of Kate and Prince William was born earlier this year in May.

Earlier, Kate Middleton looked like a Cinderella in the sparkly Jenny Packham Gown for Diplomatic Corps Reception. Meanwhile, as for the pregnancy rumors, no worries, when the official news hit whether Duchess Kate is actually pregnant or not, we will let you know soon. Tune with us.