Katie Cassidy Vs. Genevieve Cortese - Which Supernatural Ruby Was Better? 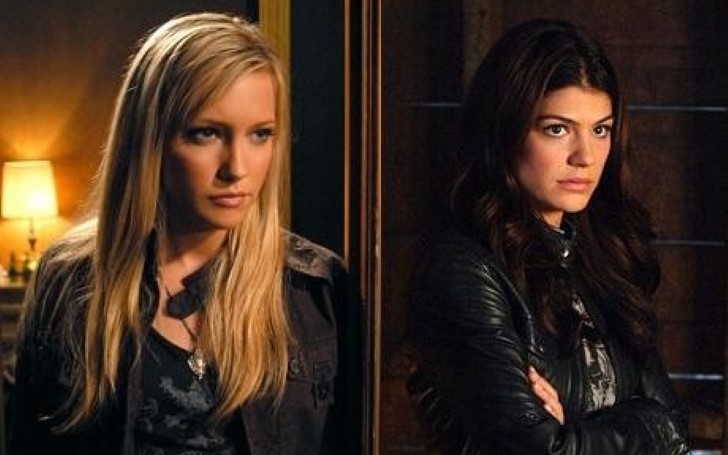 If Cortese was one to play the Ruby first, most fans would have liked her better.

SPN family knows some characters are played by multiple actors, especially when it comes down to demons as they jump between vessels. The role of the Ruby was also played by two actresses, Katie Cassidy (Ruby 1.0), and Genevieve Cortese (Ruby 2.0).

On the battle of who played it better, we don't want to be completely biased but Katie was the one who developed the character's base and Genevieve, well, we have reasons to hate her.

Cassidy appeared during the 3rd season of Supernatural in her aggressive form who could kill a demon in an instance. It was only after that we learned she was a demon herself but we felt that she had some good in her.

We were completely in the dark how demons were made until she arrived and explained the process. The advantage for Cassidy was she started the role allowing her to create the base of the character and any change in mannerism would be a big turn off for the fans.

Third season's Ruby also created a lot of mysteries for the character, as for the whole season we had no idea if we could trust her.

However, the third season had some downsides; due to the writer's strike production team stopped filming. The season came at just 16 episodes which kind of affected the development of the character.

After the third season, Genevieve Cortese was introduced as Ruby; and soon enough we had so many reasons to hate her already as she goes completely against the Winchesters. Later, it came to light that she was manipulating Sam and forced him to break the seal that would free the Lucifer.

Read Also: Osric Chau Supernatural Performance Is Much Loved By Fans But What Else Has The Actor Starred In?

Whole mysteriousness went down the drain and she became the one who we cannot trust but her character developed into an interesting one, as we all were very eager to know which side she will be in.

Supernatural spn Genevieve Cortese Genevieve Padalecki Ruby 2.0.
Source: Rebloggy
We can assume it was not easy for Cortese as Cassidy had developed the character; and sadly, she could not keep up with the perspective and traits that Katie created which was a little turn off for fans.

However, Ruby 2.0 was a more detailed character, she knew how to take command of the situations and made her presence felt when needed to. If Cortese was one to play the Ruby first, most fans would have liked her better.