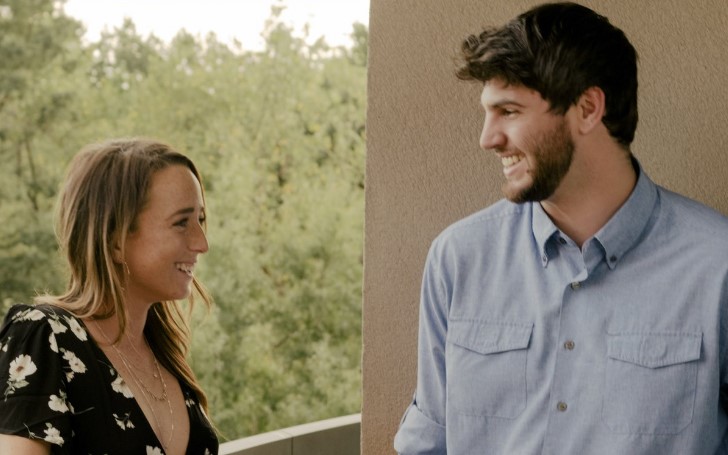 Prior season couples, Kristine Killingworth and Keith Dewar, Ashley Petta and Anthony D'Amico, Danielle Bergman and Bobby Dodd, and Shawnice Jackson and Jephte Pierre gathered to give their opinion while watching back Sherman and Conrad's wedding.

Watch: 'Married at First Sight': Fans Think Derek's Vows to Katie Were the Sweetest in the Show's History

On January 9th, the couples appeared on 'Married at First Sight: Couples Couch,' where they opened up about Katie and Derek running into problems.

The whole show was about couples giving their opinions on newlyweds, so during the show, Danielle asked her husband, "So, Derek and Katie, are they going to make it?"

Bobby replied with a straight "No!" and Danielle added, "I was going to say no too." While Bobby and Danielle were convinced the newlywed couple won't make it, Ashley had a different view.

Ashley pointed, "She looks happy" to which Anthony replied, "She does look happy, very happy." After which Ashley replied, "let just see, this is just phase 1."

While Kristine noted, "She is like, 'alright,' you know, this worked out better than I thought. She is clearly not terrified. She looks happy."

Derek is a 26-year-old cybersecurity engineer from Maryland, who was matched to Katie. Conrad is a 25-year-old health professional from Virginia. The couple was matched by Married at First Sight experts Calvin Roberson, Dr. Pepper Schwartz and Viviana Coles for season 10, which premiered earlier this month.

Well, if you ask us, the couple looks perfect for each other, but according to prior couples, they won't make it. Let's see what happens, but hope the couple finds the strength to work their relationship and make it stronger in the coming days.