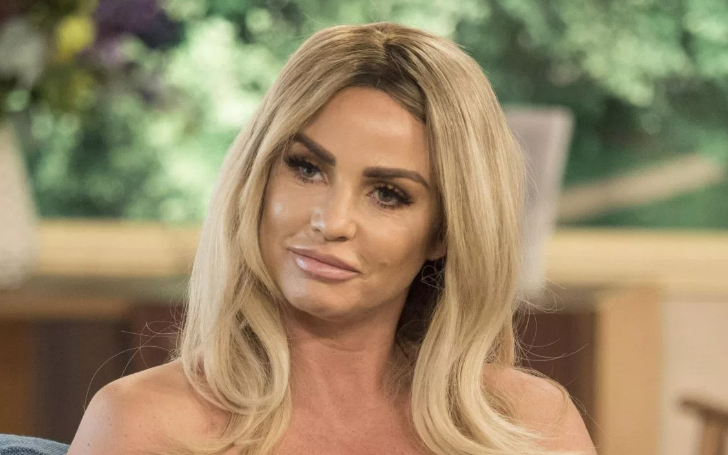 One person even went on to say if Katie Price was not famous, she would be reported to social services for using her daughter, Princess, in an advert.

The celebrity 'Big Brother' winner of the fifteenth season, Katie Price, was branded irresponsible over her post on Instagram.

Fans slammed the star as she puts her ten years daughter, Princess, inside a washing machine to promote it on the Instagram advert.

After the advertisements surfaced on Instagram, the mum-of-five came under fire as the star's daughter was seen squished inside a machine and wrote a lengthy post explaining 'How good it is,' the washing machine.

The 41-year-old TV personality wrote, "Hide and seek! Found in our new '18kg washing machine' from 'Cater Wash' the best thing I've found to get my washing done quicker. Doing housework soooo much easier because I can wash loads at once!! www.caterwash.com."

Fans were outraged to see the TV personality use her daughter in the post. Considering the danger of putting Princess inside a machine, the fans took to Instagram to comment on it.

One fan was shocked and commented on how a mother would allow her child to get inside a machine and take a picture.

Another person stressed the danger involved and explained how one little boy died playing hide and seek while doing a similar activity (get inside a machine). "Not trolling, I love Katie. Just hope the younger ones don't see," the fan added.

One person supported to the previous comment and wrote, "How about if bunny saw her doing this and copied her, and she shut the door."

One person even went on to say if Katie were not famous, she would be reported to social services.

This is not the first time the TV personality was questioned for raising her children. Just a few days back, Katie posted a video of herself shaving Harvey and last month, the star used Princess and her brother, Junior, to promote a drinks range.