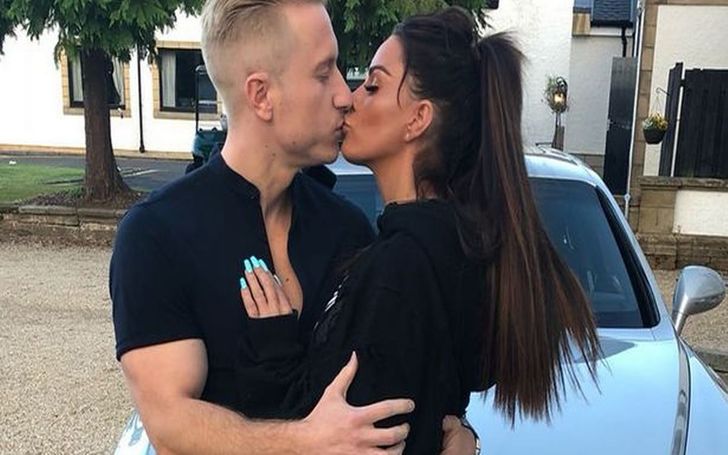 Katie Price and her boyfriend Kris Boyson flew off to Turkey for a make or break trip following their recent separation the past weekend.

Price is said to have attended the competition as a judge.

The two dated on and off for over a year. A close source told news outlets that Kris was 'mortified' when he saw the pictures from the event that it led to a huge fight between the two.

As a matter of fact, Kris was so appalled that he even called Katie a tramp.

Whilst it's not sure whether these two decided to rekindle their romance or not, Katie recently took to Instagram where she filmed herself have Kris remove her surgery stitches.

Showcasing the closeup look of her face on the camera, whilst Kris tried to follow her instruction with a pair of scissors, she said: "Now that is love. Look at that them stitches out. Well done, babes." said Katie proudly to her followers."

Meanwhile, Kris was clearly disgusted at the whole thing and solely just replied: "That is rotten, that is." Boyson, however, did accomplish taking off the stitches despite expressing his distress.

The Sun reports that Price recently underwent surgery and Kris didn't want to miss out which is why he followed her to Turkey. As a matter of fact, Kris wanted to look out for her since she recently had her surgery.

An insider told the news outlet that he also had his car renovated 'just like Katie' and followed her footsteps with cosmetic alterations' so he could get a new pair of new teeth.

Just less than a couple of weeks ago, the businesswoman made a guest appearance on 'Good Morning Britain' where she opened up about her surgery to an extent.

Confessing about her surgery whilst showing off the results, Katie revealed that she had liposuction and that she had her own fat put into her bum. She added, "you can call it a Brazilian bum lift but I haven’t had implants and I haven’t gone that big."

Speaking of what she decided to do to her face, Katie replied that the reason behind her face which appeared like a space invader at the time was because of the swelling caused by the surgery.

The media personality, in fact, had her fat put under her eyes too since her surgeons didn't want to cut them because Katie wanted to avoid wrinkles and get them lifted.