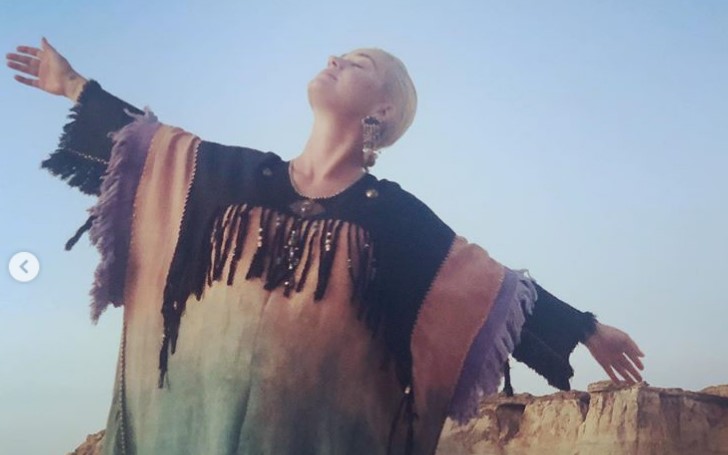 Katy Perry teases the lyrics from her new album.

Katy Perry seems quite excited right now, not for one thing, but she has different reasons to celebrate now. First, she is going to welcome her first child with her fiance Orlando Bloom.

And the next thing, the singer is all set to release her fifth album on August 14. On Tuesday evening, 'I Kissed a Girl' singer took to her Instagram account to give fans a look at her growing baby bump.

The singer is seen watching a desert sunset, clad in tie-dye caftan with crochet collar, and also gave some hints of the lyrics from her upcoming album.

On her caption, Katy wrote, "I've got to shed all this skin/ if I want the distance/ let the sun in/ pull out the weeds/ and focus my vision."

And as expected, fans were pretty quick to guess that the words in her caption are lyrics from her fifth album.

Previously, talking to Variety, Katy said, "I was like, no, let's not delay it, people want music, they'll want a soundtrack to dance in the streets to this summer, they will want music. And I just thought I've been working on this record for two years, and come hell or high water, no quarantine or COVID is going to hold it down."

The singer, at that time, further revealed, "My plan pre-COVID was, you know, just to keep going and put out a record in the summer until my waters break, then I was going to transition into being a mum, but there's obviously a certain skill-set that's needed in being a full-time mum, and I guess I get to have a test run."

You May Also Like: Here's What You Should Know About Aunt Jemima's Former Co-Founder Chris Rutt