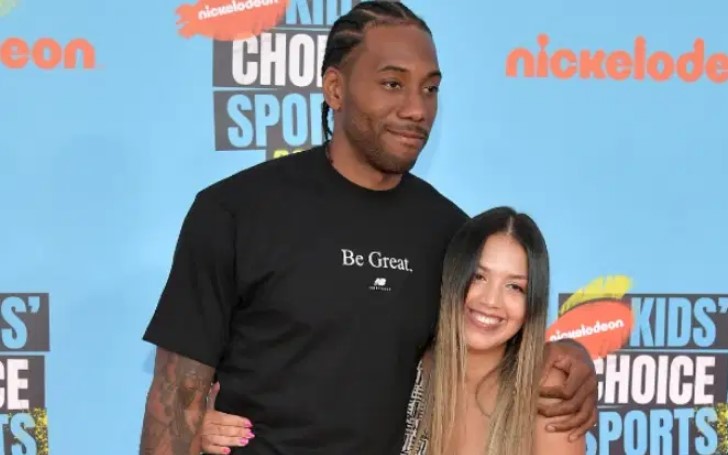 Los Angeles Clippers forward Kawhi Leonard has a girlfriend. Who is she? Get all the details!

Kawhi Leonard (born Kawhi Anthony Leonard) is a pro-American basketball player for Los Angeles Clippers. While this gentleman needs no introduction when it comes to his career, there are only little-known facts about his personal life.

While we dive into his personal life, we could easily find out he is in a relationship with Kishele Shipley, but only fewer details are given about the NBA player's girlfriend. Since it's hard and rare to find information about Shipley, we thought, why not gather some information to cater to you, which will help you understand Kawhi's relationship with Kishele and more about his personal life.

Here are some rarely known facts about the couple and their life.

Kawhi Leonard and Kishele Shipley Met in a College

Kawhi Leonard, who previously played for San Antonio Spurs, is believed to have met the love of his life in his college. Leonard and Kishele both attended San Diego State University; while Kawhi focused on his basketball career, Shipley graduated in Public Administration.

Their college became the point where the couple found their love and decided to move in together. While there was a time when the couple went through a rough patch in their relationship as they were separated by miles away.

After graduation, Kishele started working as a Human Resources professional in San Diego while Leonard joined San Antonio Spurs in Texas. But she decided to give up everything to be with Anton and moved to Texas.

But Who is Kishele Shipley?

This one is tough as Kishele Shipley is a very private person, and the same goes for Kawhi Leonard as well. Despite his massive fan following, Leonard likes to stay under the radar and hardly appears for any interviews, which makes it extremely hard for people to know them better.

But according to what we found on the internet, Shipley was born on April 10, 1989, to her father, Kenneth Shipley, and mother, Cathy Marie Shipley. Kishele's parents are blessed with three daughters, Kenisha Shipley, Kishele, and Kassandra Shipley, which makes the NBA player's girlfriend a middle child.

The athlete's girlfriend also holds a degree in Public Administration. Previously, she also worked as a Human Resources expert in san Diego.

Kawhi Leonard and Kishele Shipley are Rumored to Be Married

Kawhi Leonard and Kishele Shipley's relationship has always been a subject of speculations as they never really make public appearances, nor do they invite unwanted attention from the media. While many still believe they are just in a relationship, one of the most influential sports media, ESPN, stated they are engaged.

While the sports channel addressed Shipley as Leonard Fiancée back in 2016, no one confirmed the claim, and we are pretty much still guessing. But again, some even claim Kawhi and Shipley are already married. But we guess we will have to wait for the official announcement from Kawhi and Shipley.

While we are still amidst confirming their marital status, the couple is already blessed with a child. Kawhi Leonard and Kishele Shipley welcomed their baby girl, Kaliyah Leonard, in 2016.

While there's a confirmation of their first child, the information of second kids lacks conviction. But according to one of the media outlets, the couple welcomed their second child, a son, in 2019 at Mount Sinai Hospital in Toronto, Canada.

You May Also Like: John Beilein's Net Worth; The Complete Breakdown!

But we suspect this is mere speculation from the people and doesn't hold any weight to the claim, as we have seen time and again Kawhi mention his daughter but never heard of him talking about his son.