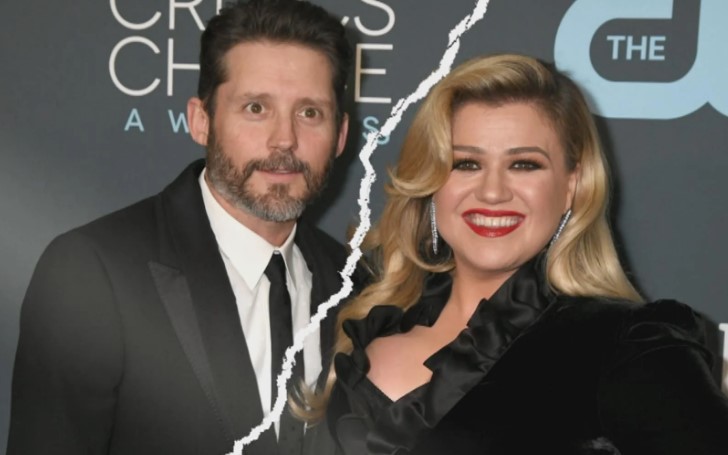 Kelly Clarkson was seen without her wedding ring while she strolls in Los Angeles.

A couple of days earlier, we found out Kelly Clarkson filed a divorce from her husband, Brandon Blackstock. The couple was together for almost seven years.

Recently, Kelly was seen without her wedding ring as she was taking a stroll in Los Angeles on Friday, 12th June.

One of the media outlets, People, made the photo of Kelly without the wedding ring public. And according to sources from the People, Kelly is spending some time in Los Angeles with her kids.

The sources further said, "The singer is spending some time with her daughter River Rose, 5, and son, Remington Alexander, 4, following filing the divorce from her husband."

The sources claimed Kelly is said to be doing okay; she has been low-key and mostly stayed at home.

One of the sources said, "Clarkson, Blackstock, and their children had picked up their Nashville roots and headed to the City of Angels after Clarkson scored a deal for her syndicated talk show, The Kelly Clarkson Show, which films in L.A."

They continued, "Although Clarkson had said just last year that she and Blackstock were really great partners in life and Blackstock had gushed for the talk show host's April birthday that he loves her more than you'll ever know, their relationship had reportedly been bumpy in recent months."

So, when asked why the couple decided to separate their way, one of the sources, revealed to Entertainment Tonight that the two were facing a challenging situation in their relationship. They tried to make an effort to work out things, but due to coronavirus pandemic, the couple was living separately, and this thing strained their relationship more.

You May Also Like: Farrah Abraham's New Video on Race and the BLM Leaves People Upset