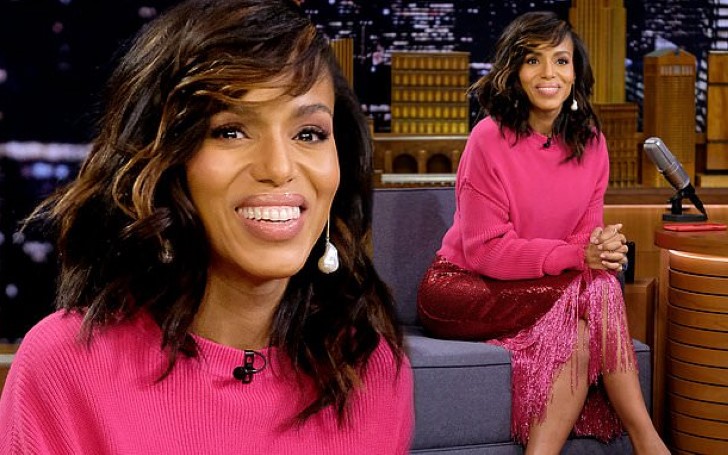 Kerry Washington appeared on the Tonight Show studio in a hot pink outfit.

The Confirmation actress arrived at the Tonight show studio in an eye-catching pink outfit. 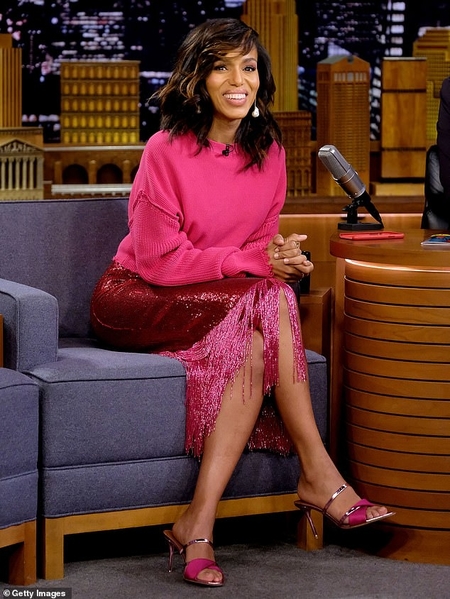 The Django Unchained star dressed in a glittering pink tassel lace dress showing off her sculpted legs looked lovely in the rosy ensemble. 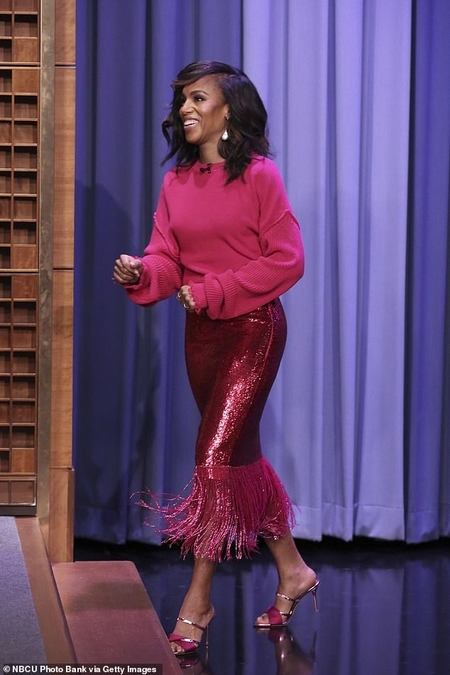 The actress wore her short hair in waves accentuated by dangling white earrings and her ever-present dazzling smile.

The entire show takes place within a police station while Kerry waits with her white husband for news about their missing 18-year-old son.

Don't miss: Travis Kelce out of The Pro Bowl; His Girlfriend Shared Cute Snaps Prior To Patriots vs Chiefs NFL Clash

On The Tonight Show, Washington also announced her play American Son will soon be heading to Netflix.

'I always get sad when people say on Twitter that I live far away and I can't afford to come to New York, and I really wanna see it and I wish you were running longer, so we are actually doing something really great.'

'Netflix is adapting the play for their platform. We're not just filming the play, but we're adapting it to kind of be this movie/play hybrid event.'

Washington is set to reprise her role alongside Steven Pasquale, Jeremy Jordan, and Eugene Lee. Kenny Leon will direct the play as the production starts in New York from February.

You may also like: Jessica Simpson's Fans Are Not Best Pleased By Possible Baby Name

Also read: Hailey Baldwin Accused of 'abusing' Her Dog as She Films Herself Shaking The Pooch

Additionally, her performance on Woman on the Edge also earned her widespread acclaim.