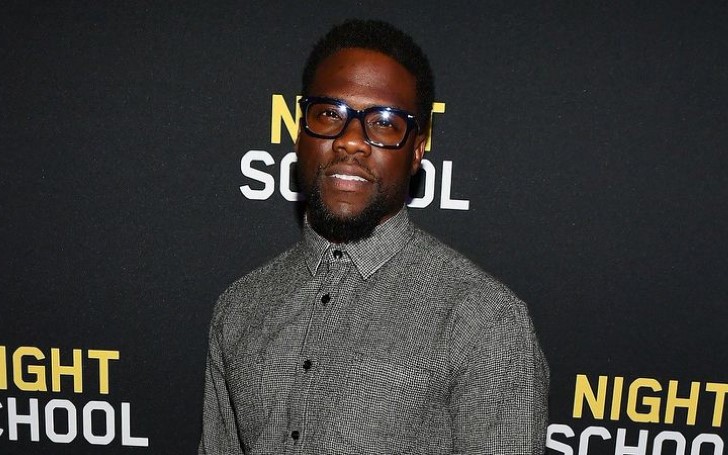 Kevin Hart confirmed that he will be hosting the 2019 Academy Awards.

On 5th December, Kevin Hart announced via his Instagram, he will be hosting the 2019 Academy Awards which is to be aired on 24th February 2019.

For years I have been asked if I would ever Host the Oscars and my answer was always the same...I said that it would be the opportunity of a lifetime for me as a comedian and that it will happen when it’s suppose to. I am so happy to say that the day has finally come for me to host the Oscars. I am blown away simply because this has been a goal on my list for a long time....To be able to join the legendary list of host that have graced that stage is unbelievable. I know my mom is smiling from ear to ear right now. I want to thank my family/friends/fans for supporting me & riding with me all this time....I will be sure to make this years Oscars a special one. I appreciate the @TheAcademy for the opportunity ....now it’s time to rise to the occasion #Oscars

The comedian was overwhelmed. In an interview with Variety, he told, ''It would be something I would definitely do just to say I did it in my career.''

Similarly, The Academy Award Instagram account has also posted Kevin's photo with a caption, ''Meet our new host, Tune in on February 24.''

Jimmy Kimmel, the famous TV personality hosted the prestigious show for the past two years. The star previously announced that he would not be returning for the third time. Many other personalities like Ellen DeGeneres, Steve Martin, Neil Patrick Harris, and Jon Stewart among others who had hosted the show.

Besides, Hart released his first movie under his production company, HartBeat Production in 2018. The movie is Night School has already collected $101.2 million at the box office.

As of now, he is busy with his upcoming movies, The Secret Life of Pets 2 and Jumanji 3. As a matter of fact, he is also working on CBS' obstacle course competition series as an executive producer.