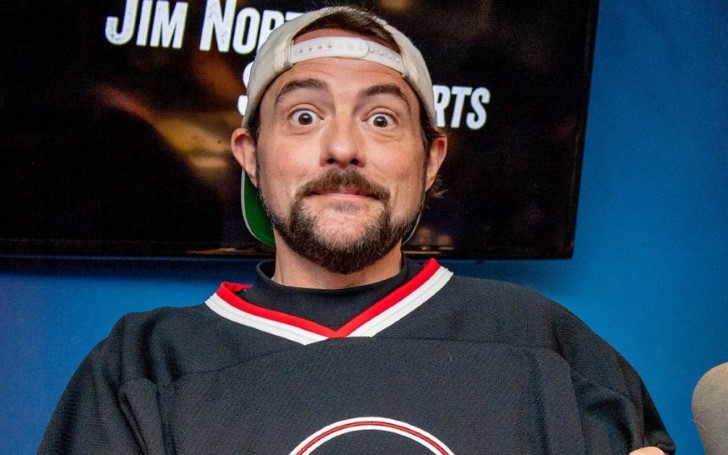 The 48-year- old actor took to Twitter, to showcase a collage of what he looked like 10 years ago compared to the present day.

His post since then garnered him with praises and personal stories from the Weight Watchers ambassador’s followers, with one user sharing how Smith’s experience inspired his own transformation.

"Big Kevin not fitting on an airplane first planted the seed of me wanting to lose weight. Then he cut out sugar ... I took things more seriously. Now I am down 160ish pounds and Kev still lapped me lol.”

Big Kevin not fitting on an airplane first planted the seed of me wanting to loose weight. Then he cut out sugar... I took things more seriously. Now I am down 160ish pounds and Kev still lapped me lol pic.twitter.com/2n5KrhNYya

According to Smith, doctors told him a week after the heart attack, "The best thing you can do for yourself now is to lose 50 pounds."

Nearly six months later, the 48-year-old filmmaker initially weighing 256 pounds reached his goal of shedding 51 pounds and now weighs 205 pounds. He dedicates  much of his weight loss to his partnership with Weight Watchers, Penn Jillette's book Presto!, and a solely plant-based foods diet, which he said was difficult because he "hates vegetables."

You may also like: Jennifer Garner Spotted Kissing and Snuggling Up To New Boyfriend John Miller

This @weightwatchers Ambassador is thrilled to announce that I’VE LOST 51 POUNDS! Six months ago from right now, I was in the hospital recovering from a heart attack I’d had the night before. When I went to my Doctor a week later, she told me “The best thing you can do for yourself now is to lose 50 pounds.” Half a year later, I can report that I followed Doctor’s orders: I started at 256 and now I weigh 205. This is the lightest I’ve been since high school! My hope now is I can slowly lose another 10 with #weightwatchers and get down to my birth weight of 195! But for now, I’m ecstatic to have reached this chunky milestone! I wanna thank #pennjillette for his book #presto, @raycronise for getting me started with his potato famine, and the good folks at #weightwatchers for their app-based program that made it easy to keep track of and control my eating! And I also wanna thank my kid @harleyquinnsmith - the little vegan astronaut who explored this meatless/milkless galaxy ahead of me, leading by example. Since I never wanted to see the inside of a hospital ever again, I simply copied the Kid. So this wasn’t a diet: these results came from a total lifestyle change of eating solely plant-based foods (which is tough because I hate vegetables). But mostly, I wanna thank all of you as well - for the kind and encouraging words along the way. Never underestimate the power of positive feedback: you folks telling me I looked better or healthier helped me stick with it. An encouraging word can really make a difference in someone’s life and your compliments kept me going! And just look where I went! #KevinSmith #WWambassador #WWFreestyle #WWFamily #WWBros #weightlosstransformation #weightloss #WWCommunity #ad *People following the Weight Watchers program can expect to lose 1-2lbs per week.

By October of last year, Smith lost even more weight, hitting 198 pounds on the scales. It's the first time he weighed under 200 pounds since high school.

Smith frequently documents his weight-loss journey on social media since his health scare. In June, he posted an update about his then 43-pound weight loss.

Today, I am down a total of 43 pounds! Only 7 more pounds until I’ve shed the 50 my Doctor told me to lose following the heart attack! I wanna thank #pennjillette (the taller half of @pennandtellerlive) for his book #presto, @raycronise for the all-potato kick-start to my journey, and @weightwatchers for making it easy to lose some more while maintaining the weight loss! This #wwambassador is now at the absolute adult thinnest I’ve been since I finished high school! And while I may look a little better, I FEEL fucking fantastic! It’ll take a few weeks, but I’m ready to lose that final 7 pounds! And when I hit my goal, I’ll let you know where I started... #KevinSmith #weightwatchers #freestyleeffect #weightlossjourney (*People following the WW plan can expect to lose 1-2 lbs/week.)

When ET caught up with the comedian in July, he admitted how almost losing his life altered his perspective towards health and healthy eating habits.

"I just assumed I'd be fat my whole life and I'd never see my high school weight again or any of those things. But after the heart attack, suddenly I was like, all right, I never want to be back in that room again with someone going up my groin to get to my heart through my femoral artery, telling me that there is a 20 percent chance that I will live, and 80 percent chance I'll die."

Meanwhile, Smith isn’t done with the weight loss as his goal is to reach 195 pounds.