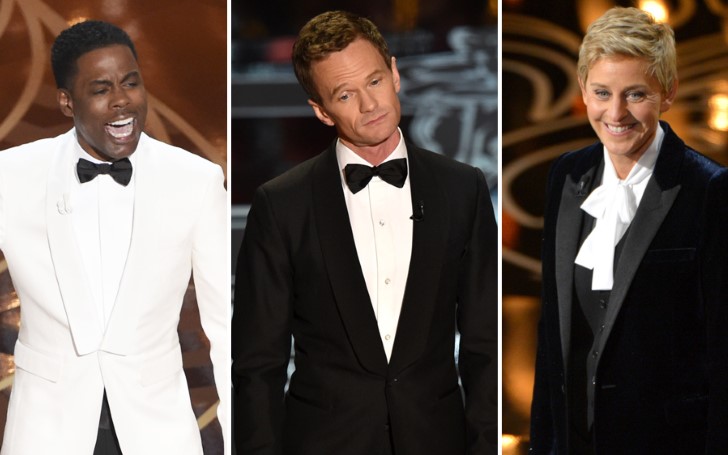 As Oscars 2019 sets to go without hosts this year, we review towards the worst to best last 15 hosts from the last nine decades.

Last year in 2018, Jimmy Kimmel hosted the most honorable Hollywood Award show for the second time. But, as The Academy Awards plans to kick off hostless this year, after Kevin Hart scandal this year, we decided to reminisce all the Hollywood celebrities who did an amazing job with hosting the Oscars.

Unbelievably, the Oscars flashback brought to us that even actor Hugh Jackman presented as the Oscars host in 2009.

Anyway, the worst to best 15 hosts are; 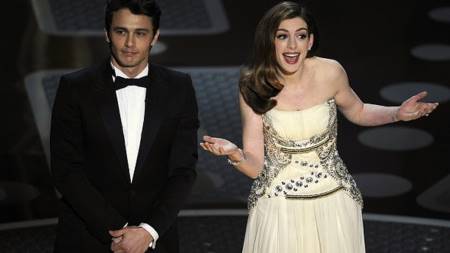 Both James Franco & Anne Hathaway hosted the Oscar night in 2011. Although James and Anne quite successfully entertained the guests, the duo received too many criticisms from the public for James appearing disinterested and Anne for being annoyingly excited.

You may also like: Chris Pratt's Fiancee Katherine Schwarzenegger Showed Off Her Massive Diamond Ring Believed To Be Worth Six Figures 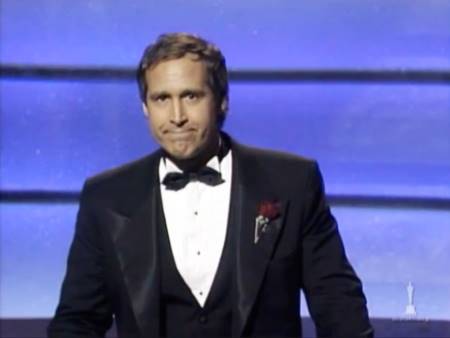 American actor Chevy Chase hosted the Oscar in the year 1988. His job as a host didn't go well either. Overall, his sense of humor failed to ignite rest of the night when he started by indicating all the guests as 'Hollywood Phonies.' 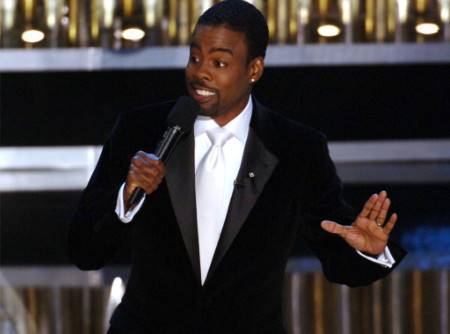 Comedian-actor Chris Rock hosted the Oscars twice in total numbers, once in 2005 and then two years back in 2016. The stand-up comedian made one of the worst lines at the night (2005) when he terribly joked:

"If you want Tom Cruise and all you can get is Jude Law, wait!" 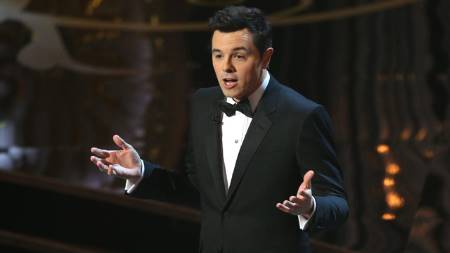 Likewise, our previous alums, Family Guy creator Seth MacFarlane didn't do a great job at the Oscar 2013 either when he called Jessica Chastain’s character in Zero Dark Thirty as "a celebration of every woman’s innate ability to never let things go." 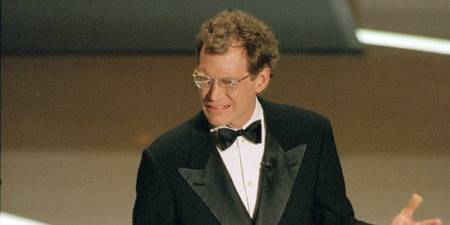 The next in the line comes David Letterman who didn't perform his job well either in the year 1995. One of his worst jokes at the night included: "Oprah Uma Oprah Uma". 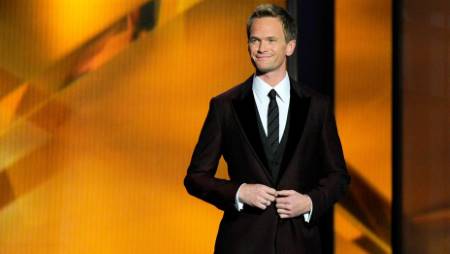 In our top 10 lies How I Met Your Mother actor Neil Patrick Harris who quite failed as the Oscar host in 2015. The actor's jokes on Reese Weatherspoon couldn't make the audience laugh as he said: 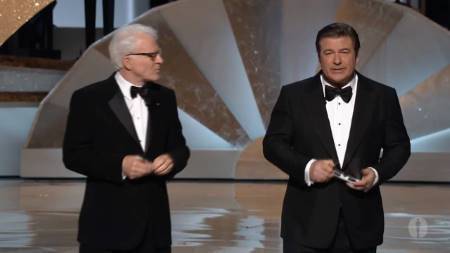 Both Alec Baldwin and his host partner Steve Martin's job as the host was plain boring. Anyone who watched 2010 Oscars can tell there existed no chemistry between them to host the night together. 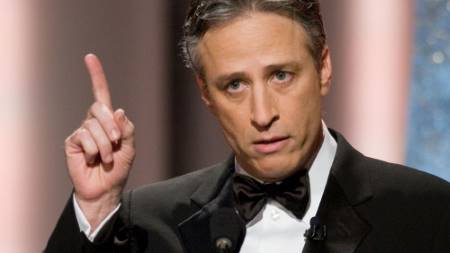 Jon Stewart hosted the Oscar ceremony twice, in 2006 and 2008. His performance as the host didn't go well, but his comeback at the 2008 Oscar received loads of positive responses. 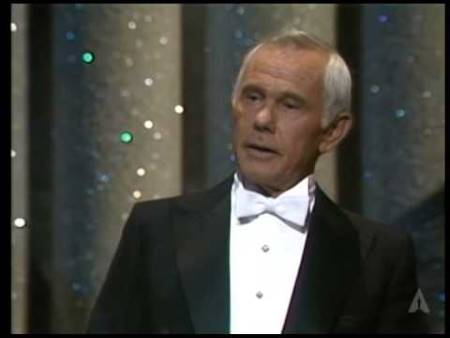 Johnny Carson as the Oscar host in 1984.
SOURCE: Oscar Youtube

The legend Johnny Carson hosted the Oscar ceremony three times (1979 - 1982, 1984). As a matter of fact, because of his outstanding performances, The LA Times entitled him as "The Gold Standard". 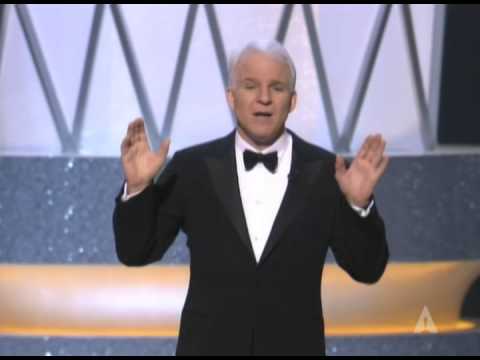 In 2003, Steve Martin took the Oscar stage as the host. Overall, his warm hosting earned many appreciations. Fair enough to say he can be considered successful with his Oscar job as the host.

See as well: Ariel Winter Showed Off her Amazing Figure in Los Angeles With Her Boyfriend Levi Meaden 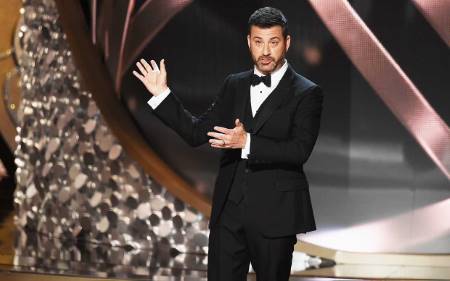 The comedian and TV personality Jimmy Kimmel returned to host the Oscar night again in 2018 after reportedly hosting the previous year's (2017). In both years, everyone noticed how superb he did with the job, although some of his jokes didn't make a great impact on the audience. 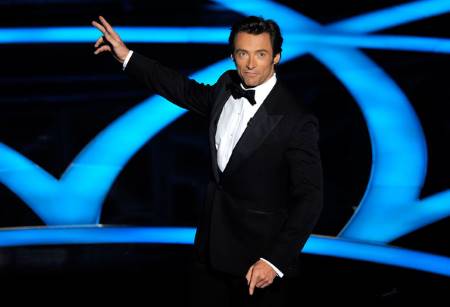 Just like his good looking face, Hugh Jackman's Oscar night in 2009 can be regarded the same. The actor overall looked competent and excellent as if he hosted the night for several years. 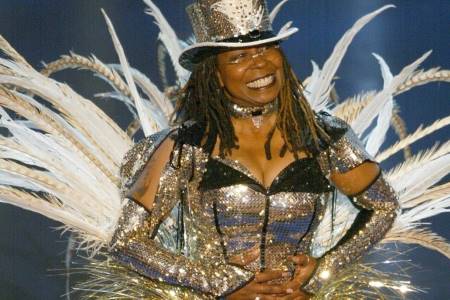 Whoopi Goldberg as the Oscar host in 2002.
SOURCE: Vanity Fair

Whoopi Goldberg who made history by becoming the first woman and the first African-American to host the Oscars. The legendary artist killed it on the stage solo during her first time as the host. Furthermore, Goldberg hosted the Oscars night four times (1994, 1996, 1999, 2002) 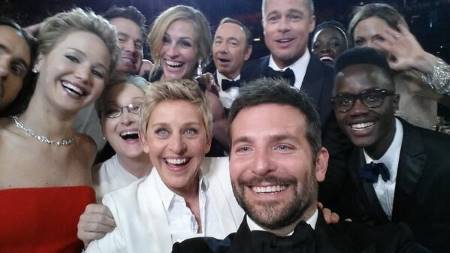 Ellen DeGeneres with other Hollywood celebrities at the Oscar 2014

At number 2 is our favorite host Ellen Degeneres. Ellen who hosted Oscar two times in 2007 and 2014 successfully pulled off fine jokes both time. Also not to mention the fact when she gave us the first million time retweeted celebrity selfie. 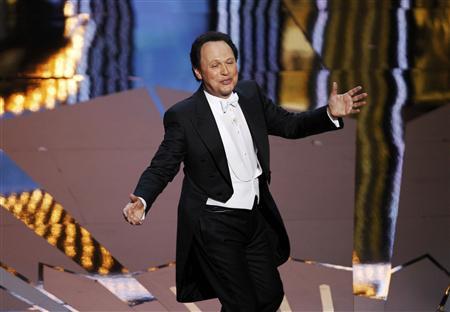 There's a reason behind why Billy Crystal falls in the top spot. His last nine Oscar hostings are enough evidence to explain how much he greatly represents himself and why he lies in the top spot as the best Oscar host so far.

One thing for sure, wherever the brilliant comedian arrives, there is no doubt that the audiences won't be pleased.