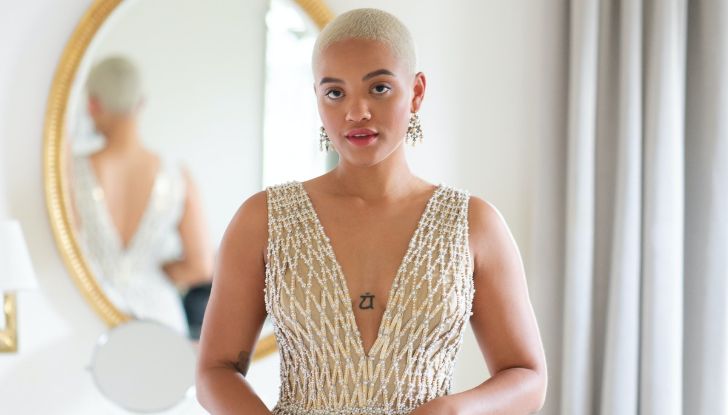 How Much Weight Did Kiersey Clemons Drop? All the Details Here!

DC Universe fans are all too familiar with Kiersey Clemons. Still, for the rest, whose attentions she has recently grabbed as she is set to star in the forthcoming DC film The Flash. Clemons, as a matter of fact, has been around for a long time. Following are some of the most notable credits from Kiersey's work.

The actress's breakout role was the 2015 comedy-drama Dope. She made her acting debut on the sitcom Shake It Up, where she appeared alongside Bella Thorne and Zendaya. In addition, Transparent, Hearts Beat Loud, Flatliners and her most recent Justice League, Synder's Cut are more where you can watch Clemons share screen with big stars. As the hype builds around her upcoming movie, it is no surprise that her name has created many buzzes.

Golden Globe 2021 had celebrities flaunting their look on a virtual red carpet show. Clemons took to Instagram and posted three pictures of herself, clad in Prabal Gurung's black slit dress and styled by Arielle Natasha; Kiersey raised quite the brows for her look, amongst many who stan her attire was Vanessa Hudgens and Logan Browning, and Hudgens commented: "Goddess."

Kiersey reveals the daily workout routines that have helped her over the years.
Photo Source: Vogue

But it was really the Instyle digitally rendered Golden Globe elevator which revealed Clemons' curvy figure. The actress hasn't lost any weight, not in recent times at least. However, since becoming a public figure, Kiersey has visibly maintained her alluring physique. The actress says she has always kept up with her curated exercises to achieve a healthy body.

Check Out: Did Matthew Perry Undergo Weight Loss? Find Out All About It Here

Clemons follows a mix of routines and isn't hesitant about trying new things. Her basic routines include running, swimming and other sports, which she says, keeps her body and spirit moving. However, Clemons reveals her guilty pleasure are chocolates. In a recent interview, she gave her fans more insight into her workout Routines.

Pole dancing has been keeping Clemons in great shape, reveals the actress herself.
Photo Source: The Fashion Spot

Kiersey said, "I recently signed up for pole dancing, we're half-naked, we're all different sizes and ages, and kind of insecure. It's fun and probably what's keeping me fit considering I'm eating chocolate in my sleep." The Dope actress also shared the secrets to her perfect skin and hair.

Clemons Claps Back at Haters!

All the weight loss and plastic surgery speculation against actresses may hint at their conventional and shallow attitude, subjugated to common standards, but Kiersey has repeatedly proved that she is anything but an adherent to societal norms.

She identifies herself as queer and is currently dating her stunt double, Ebony De La Haye. In her interview with CoVeteur, Clemons says she wishes actresses are perceived beyond their skin and body and included in the important conversations that don't concern their lipgloss or lovers.

In 2017, Clemons got brutally trolled for a post on Instagram; the photo of herself and her co-star Toni Collette showed both of them looking ecstatic but what caught people's attention was Clemons' unshaved armpits.

While the reactions towards her personal choice went fast from disgust to shaming, Kiersey's assertiveness on her choice won over. She responded to a comment with, 'Suck my d***.' Fans called her queen of clap backs.