home Entertainment Kirko Bangz and His Girlfriend Mourns the Death of Their Son, Here's What You Should Know

Kirko Bangz and His Girlfriend Mourns the Death of Their Son, Here's What You Should Know 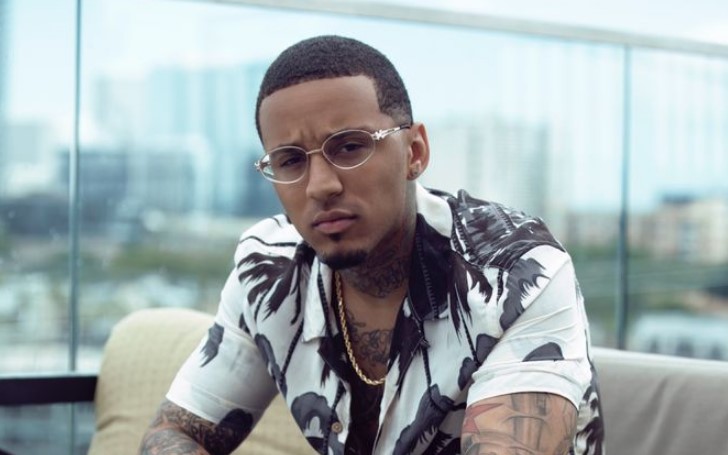 Sad day for Kirko Bangz and his girlfriend; the couple lost their son.

Kirko Bangz (Kirko Jerel Randle) is an American rapper, singer/songwriter, and record producer signed to Atlantic Records. Kirko is best known for his single, "Drank in My Cup."

Kirko Bangz hit single was released in 2011, which peaked at number 28 on the US Billboard Hot 100 chart.

While talking about his background, Kirko Bangz was born in Houston, Texas, on August 20, 1989. Soon, Kirko started rapping at the age of fifteen, using his mother's pain as motivation.

Kirko graduated from North Shore High School in Houston then attended Prairie View A&M University and completed his degree in Bachelor of Arts in Communication.

The breakthrough came from his first mixtape, "Procrastination Kills." The rapper got all the attention he needed from his mixtape, following which he released his first single, "What Yo Name Iz?"

Also, See: Who is Bryton James' Girlfriend? Find About His Relationship in 2020

Well, we suppose you already know about Kirko Bangz's excellent career, and he is doing pretty well, in fact. But recently, something bad struck him. The rapper recently lost his son, and Kirk and his girlfriend are mourning the death of his baby.

Kirk Bangz and His Girlfriend Lost Their Baby

October 8 proved to be the saddest day for Kirk Bangz and his girlfriend. The couple lost their son; the rapper confirmed the news on his social media. Kirk, taking to his Instagram, wrote,

"Fly high BIG MAN. We love you so much! We had so much planned that we won’t be able to do now, but we know you are in a better place and in no more pain!"

"Watch over your mom; she needs your strength more than ever right now, poppa man. I know u hurt no more, and I try to make myself think of that to find a little bit of light in this. GOD got u poppa; I love u!"

The rapper didn't disclose the cause of the death of his baby and has refused to talk about it. It's understandable he is in a lot of pain and needs some privacy at the moment.

Also Read: Who is Jannik Sinner's Girlfriend? Is He Dating Someone in 2020?

But the death of his son has revealed Kirk is, in fact, dating someone. When he confirmed his son's death, the rapper uploaded a picture of himself holding his son, while his girlfriend sits beside him. Following the pictures that came out, people want to know who is Kirk Bangz's girlfriend. Here's what we know so far.

While pretty much everyone thought Kirk Bangz was single, the recent Instagram posts from Kirk show te rapper is dating someone, and the couple was already parents to a lovely baby boy.

The revelation about his girlfriend came through a sad incident, but people are eager to know who she is. While nothing much is known about the rapper's girlfriend, according to some sources, Kirk Bangz's girlfriend's name is Erica Renee.

So far, that's the only thing known about Kirk Bangz's girlfriend, but some sources also added that Erica Renee is from Houston.

You May Also Like: Who is Lil Tjay's Girlfriend in 2020? Find Out About His Relationship