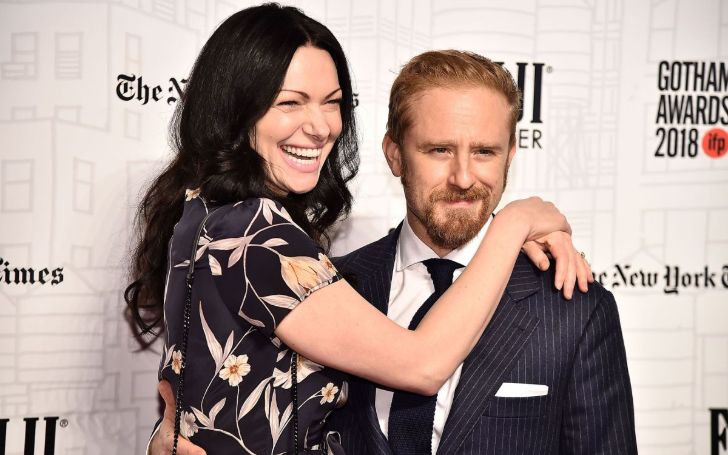 If you've been updated with two of the prominent Hollywood stars, Lauren Prepon and husband Ben Foster, then you might well know the jolly news of former "That 70s Show" star Laura and actor Ben's recent birth of the second child.

Lauren took to her 6 million followers filled Instagram and shared the news writing, "Welcoming home our new bundle of love. Overwhelmed with gratitude." Prepon followers might well know about the happy news, but those of you who are not updated with the American actress personal life and might only know actress Lauren from her movies, here we present you with all the details of her longtime husband, Ben.

Who is Ben Foster?

The 'X Men: The Last Stand' actor Ben is originally from a Russian Jewish family who later immigrated to Massachusetts. The actor shares a younger brother Jon Foster who is an actor know from movies like 'Stay Alive.'

Check Out: Who is Pierre Gasly's Girlfriend? Complete Details of His Dating History

During Foster's early years, he moved to Fairfield, which had four community theaters. It was a turning point for Ben's career as then started doing theatres and later discovered his acting crave from the movie "You're a Good Man, Charlie Brown."

Started Self Writing, Directing Theaters at 12

A talented brad, Ben talented shortly started writing, directing and playing on his own theater shows. As in now, Ben has starred in 55 movies and is working on four films Medieval, Harry Haft, Violence of Action, and Peter Pan, Land of Forever.

You May Like: Who is Randy Jackson's Wife? Details of His Married Life

The 39 years old is into acting for sixteen years from and started his Television career from Disney Channel television series 'FlashForward'. Foster is known for his role Spacker Dave in 2004 movie 'The Punisher'.

Ben and Laura recently became parents to their second child in Feb, 2020. The "Orange Is The New Black" actress and the "Hell or High Water" actor also shares a 2-year-old daughter, Ella.

The lovebirds who tied the knot back in 2018 share a blissful marital relationship with no drama, conflicts in between. The transparent evident is no rumors of both husband Ben and wife Laura Prepon any extramarital affairs and relationship conflicts.

We sure do wish the happy family of four with the new members blossom with the joy of happiness and love.Stay tuned for more Entertainment updates on Glamour Fame