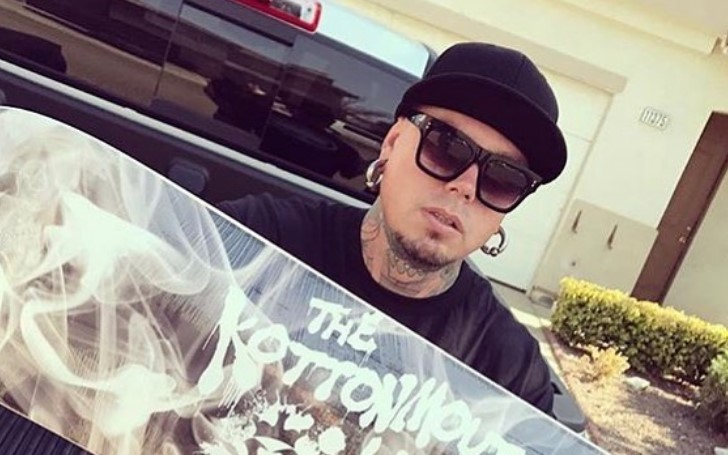 A founding member of the hip-hop group, Kottonmouth Kings, Saint Dog, died at the age of 44. Saint Dog (born Steven Michael Thronson) passed away on Tuesday.

The news was announced by his management through a official statement. However, the cause of death was not given.

"Rest In Peace, Rest In Power to a true underground legend. 🙏🏼 Saint Dog aka Saint Vicious passed away yesterday in Southern California."

"Saint was a unique individual that had a profound impact on anyone he came in contact with. While Saint is no longer with us, his music will live on forever. Rest easy, King. - Management."

Saint Dog died at the age of 44, the cause of death is not revealed.
Photo Source: Instagram

"My condolences go out to @saint.dog family and close friends rest easy gee 🙏 🙏🙏🙏"

"Met Saint Dog in Florida at two of his gigs and was really cool as hell...rest in peace Saint!"

"Feels like I just lost an uncle this world lost an amazing soul yesterday. Rest In Peace Saint Dogg you are a legend."

You May Also Like: The Transformation of Irish actor Colin Farrell to Penguin Impressed the Public