home Fashion Kristen Bell Tattoos - Are They Real or She Decked on Some Fake Ones?

Kristen Bell Tattoos - Are They Real or She Decked on Some Fake Ones? 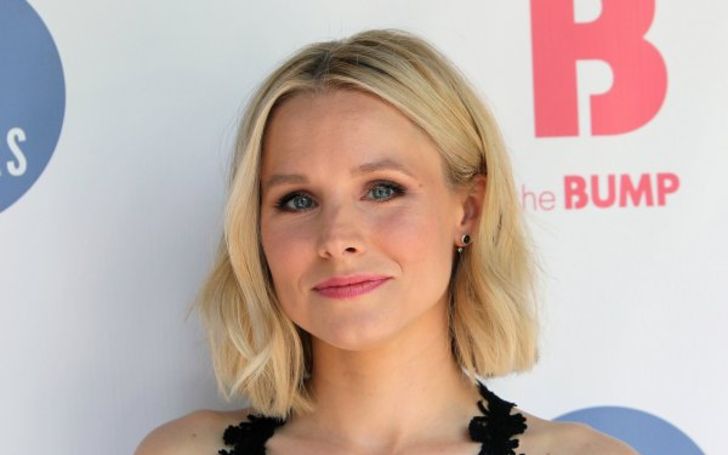 The American actress, singer, and director Kristen Anne Bell is one of the famous personalities in her career field. She began her journey in the showbiz in 1998 and, since then, made her appearances lots of movies and series. Bell also loves to do voice over for animated films; her recent work as a voice actor was in Frozen II (Anna) in 2019.

Except for Anna's professional career, there is something else to which makes her famous in the mass. We mean her 214 tattoos, which she talked about on the short video of "Funny Or Die." She has inked that many tattoos she has no regrets at all, want to know why because all of them are fake.

Yes, you heard it right, all of the tattoo bell claim to have in the show was a prank video create for a humorous purpose only. However, lots of people don't see it as a fake one, as in the video, she acted so perfectly that even we for a second got confused. After getting shocked for a moment, we delve deep into the subject and found; the video was a hoax. Still, many people until today think it is real and have no idea there were just temporary arts. As a result, to pull the curtain out of Bell fake tattoo, we present you with full details on this topic.

In 2012, the actress Kristen Bell pulled a hoax video to fool her fans for fun; she told the camera about her 214 professional tattoos and nine tats, which she inked herself. She shared how she deals with her 214 symbols on a daily day to be ready for her shoot.

Regardless the tattoos were faux to make her fans believe Kristen even pull off some story behind the tat in the clip. Kristen began her hoax video from telling the story behind "Tazmanian" tat, which she inked to reflect different whirlwind occurred in her past relationships. Further, she guides viewers through other different tats she inked.

Also See: Playboi Carti Tattoos and Their Meaning - Get All the Details Here

Bell inked around 72 butterflies' portrayal on all over her body, which seems quite impressive even though they are all fake. Then she make it kinda suspicious with her dirty joke tattoo which was inked in her neck area. She inked the text "Insert Your Gear Here" to add some humor in the video. Kristen even tatted several Chinese texts in her body for the hoax.

During the whole video, she summarizes other tattoos too in her 214 tat collection and also shared her favorite and regretted sketches in her body. The prank ended when the beauty gets ready for her shoot with perfect makeup covering her tats; she even throws the last joke for the clip saying how she needs to stay for 5 hours in the shower to remove the product from her body.

Kristen Bell fan might be aware that she is a married woman and mother of two beautiful daughters, which shares with her handsome husband, Dax Shepard. The couple is perfect for each other and with their cute angels living a great life. They usually show up together in the media now and then in various events.

One of the shows which went viral was the premiere of Game of Thrones season 6 at the TCL Chinese Theatre in Hollywood. The lovebirds, Shepard and Bell, appeared wearing sported matching gray tanks with "Stark in the streets, wilding in the sheets" while everyone in the event wherein formal dresses, as per MTV.

Further, to make things more interesting, Kristen pulled off another fake tattoo tricks, which became legendary when her beau also gave his participation. Both of them inked faux tattoos in their chest with the House Baratheon phrase, "Ours is the fury."

Bell Beau Tatted a Bell Tattoo for Her

Though Kristen Bell pulls of a couple of fake tattoos to have some fun with her fans, her husband Shepard dedicated a "Bell" portrayal in his ring finger.

Kristen hubby inked his ring finger for her as a symbol of love.
Photo Source: Daily Mail

According to Purewow, Dax doesn't like to wear jewelry; as a result, to show the world he is engaged with 'The Good Place' star, Bell, he pulls the trick to get a tat in his ring finger with her initial, which is a pretty romantic thing to do.