home Entertainment What is Kwame Brown's Net Worth? Learn all the Details Here

What is Kwame Brown's Net Worth? Learn all the Details Here 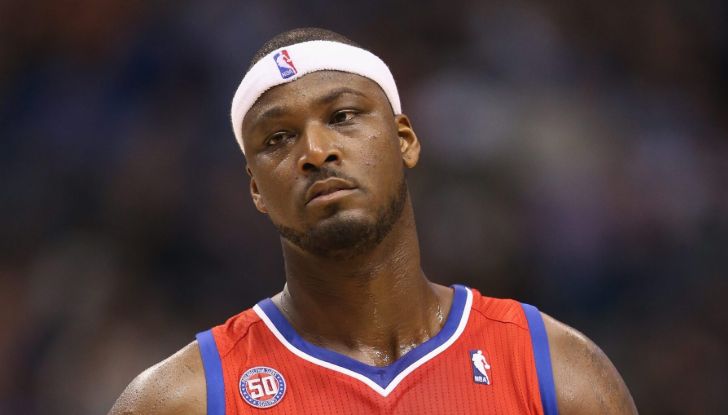 Kwame Hasani Brown was born on March 10, 1982, in Charleston, South Carolina. Brown was named the 'best high school player' in a batch that included star players like Eddy Curry and Tyson Chandler. Though Brown's standout school record made him the 1st pick straight out of school, he sadly gave a disappointing performance in the following years and was labeled the 'biggest bust' in NBA history.

As of 2021, Brown's net worth is estimated to be $8 million, though the star made a lot more than that in his career. In 2003, Brown reportedly rejected a five-year, $30 million offer with the Wizard opting to try the free-agent market. Brown had sold his supersized house in Los Angeles for $2.975 million.

Brown was drafted by Michael Jordan, who led the Washington Wizard as the president at the time. But things never panned out as anticipated for the 6-feet-11 athlete. He averaged 4.5 points and 3.5 rebounds in his rookie year, which remained more or less the same in the following years.

Many blamed Jordan for Brown's stunted development in the team. When the story came about, he was specifically harsh on Brown. He was traded to the Los Angeles Lakers in 2005 in exchange for Caron Butler and Chucky Atkins. Although his long career is presented with a rather sluggish report, Brown reportedly made $63 million from his NBA contracts alone.

Sadly for the 39-year-old ex-NBA player, the disappointing reports extend even in his personal life. Brown had long-lived with his girlfriend Joselyn Vaughn in his home in Virginia. The duo shares three daughters, but things turned ugly after almost 16 years together. In 2019, Joselyn sued Brown on the charges that he had admitted to being the children's biological father yet refused to assist her and their children financially.

Jocelyn Vaughn sued Kwame Brown in 2019, alleging he was not tending to their three daughters financially.
Photo Source: Word Press

According to Blast, Brown didn't keep quiet and countersued Vaughn claiming to have paid thousands in child support. In a separate suit, Brown asked the court for joint custody of their three daughters. As of 2021, Brown is married to Marcia, a teacher, as per sources. The duo shares two kids together, namely, Kwame and Lauren.

Almost a decade far from his NBA career, Brown has been giving headlines day after day or what many called 'Brown, setting record straight after keeping mum for years.' Earlier this month, he took to his Instagram to blast at black people supporting President Joe Biden. Brown said, "You fake woke n****s are the worst thing to the black community, you fake woke won't allow independent thought. y'all are the new version of KKK."

Brown was brutally roasted in the All The Smoke podcast recently. Gilbert Arenas, a former NBA player, took on Brown, calling him a manchild and show pony. Arenas shared stories from the NBA days, seeming sympathetic towards Brown at one moment and calling him a failure the other.

Recommended: What Is Josh Duggars Net Worth In 2021? Here's The Breakdown

Brown released a two-minute clip on his Instagram, serving a hot retaliation to the innocuous roast. He said, "(Gilbert) he is a little boy on the inside, he ain't no man. he was at a draft camp, he was In our pre-draft camp and said he wanted to be a pimp, this boy had a child's mind."