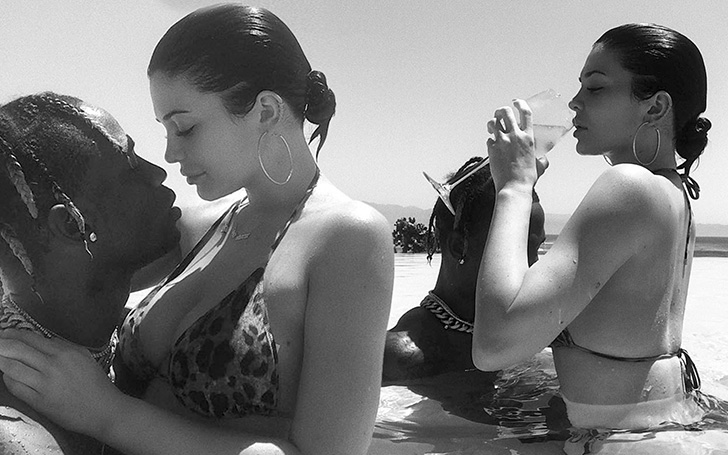 Travis Scott and Kylie Jenner are in a vacation, Jenner reveals her body through in a skimpy bikini.

Kylie Jenner's recently made headlines last month when she accused Travis Scott of cheating on her. However, it now seems that her relationship with the rapper is growing to get much stronger in the past month.

Jenner took to Instagram on Thursday to let the world in on the vacation time of the couple. In addition, the post featured a black and white photograph of the gorgeous pair relaxing in a pool. 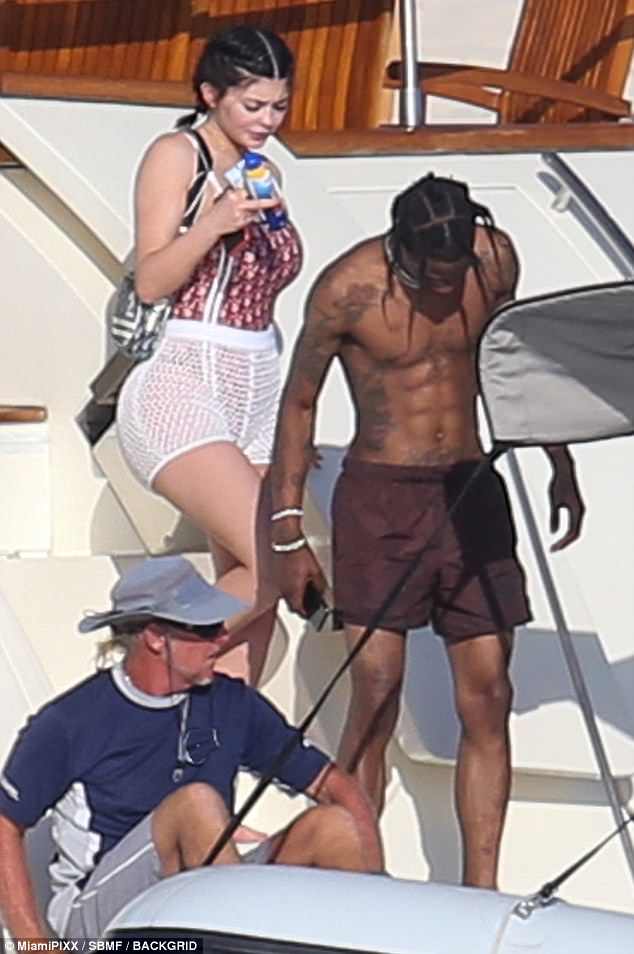 Jenner and Scott are in vacation mode as of now.
SOURCE: Daily Mail

The 21-year-old reality star is seen straddling the Sicko Mode singer while flaunting her astounding figure in the skimpy bikini. The duo who share daughter Stormi, seemed very much in love in the intimate snap while chilling together in the water.

Although the couple has sorted out the scandals, TMZ reported that Jenner was 'extremely p****d' about the cheating whispers.

Kylie and Travis first appeared together in public in Coachella back on April 2017. As a matter of fact, the PDA came just weeks after she finally parted ways with her on-off boyfriend of four years, Tyga.

After keeping their pregnancy low-profile and Kylie going off social media for a while, the pair welcomed Stormi back on February 1, 2018.

Kylie has garnered major attention with another scandal as the make-up mogul quit Keeping Up With The Kardashians following best friend Jordyn Woods' cheating scandal with Tristan Thompson.

A source told Us Weekly:

"Kylie took a little break from filming Keeping Up With The Kardashians and recently got back into filming and it’s been a struggle and difficult."

"She was very upset about the situation with Jordyn and also just didn’t want to deal with it and have to address it."

With the recent sizzling post, Kylie and Travis seem to be the at the best of their relationship. Best of wishes for the couple!