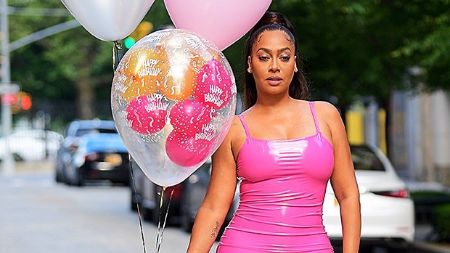 Born on June 29, 1983, the media star La La Anthony celebrated her 36th birthday in a splendid and memorable way.

The 'Power' actress took it to her Instagram and shared as snapshot from her birthday festivities on Saturday, June 29. But the actress did not unveil any of her star friends from the massive birthday celebration.

The most enticing part was her birthday cake, the dark chocolate one which had 'Power' written on it from her ongoing hit series.

Kate Middleton Celebrated a Second Birthday Party Outside of London >>>

Besides, it had her photo embedded in a white dress, which was the most spectacular part of the cake.

Covered in all flames the star shortly received more than 100,000 likes from her 8.8 million followers with 1000 of birthday wishes.

Well a new age, a new start, we surely hope the actress gets filled with happiness and joy in her upcoming days.

Jennifer Garner's Birthday Tribute To Reese Witherspoon is Beyond Amazing >>>

Stay tuned and updated to find out more intriguing news of your favorite stars.