home Entertainment The Late Sawyer Sweeten's Siblings — Where Are They Now?

The Late Sawyer Sweeten's Siblings — Where Are They Now? 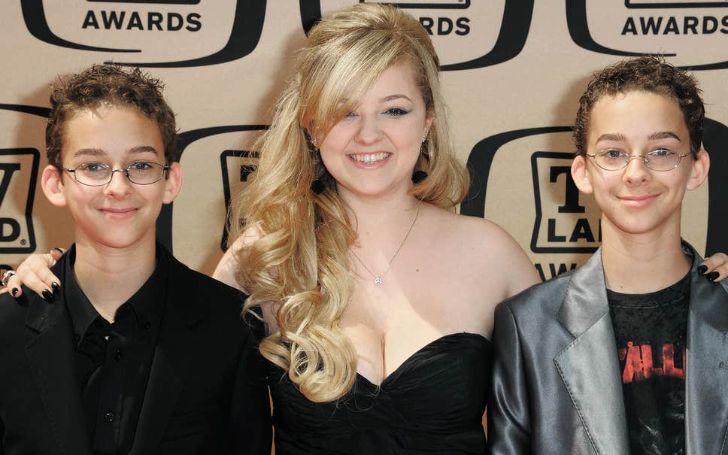 Remember the twins from the decade long series, 'Everybody Loves Raymond'? Well, if you're wondering about them, you might've heard about the heartbreaking news of one of the twins, Sawyer Sweeten's untimely death. The teen committed suicide just when he was about to step into his twenties, leaving behind, twin brother Sullivan and elder sister Madylin.

We can only imagine how devastating the news can be to the Sweeten family. All three kids basically grew up together in the sets of the show, 'Everybody Loves Raymond.' So where are they now, years after their own sibling's death? Follow the article to know the whereabouts of Madylin and Sullivan Sweeten.

The sibling twin, Sullivan, was born on May 12, 1995, in the beautiful city of Brownwood, Texas, USA. The child actor was born to parents, Timothy Lynn Sweeten and Elizabeth Anne Gini.

Sullivan and Sawyer Sweeten were part of the nine-season show, 'Everybody Loves Raymond' that gave them the massive stardom since childhood. The show was about the comical everyday life of a sports columnist named 'Ray Barone.'

After the end of the long-running series, the child actor's life was in the heights. The twin brothers bought a home in Riverside, California, for themselves.

Sullivan is no longer involved in the entertainment industry and likes to remain lowkey about his life.
Source: Instagram

However, after brother Sawyer's death, Sullivan pretty much disappeared from the media. He is no longer involved in the acting profession, though many people suspect the reason being brother's untimely death.

Madylin Sweeten, the eldest sister of the Sweeten family, was also the part of 200-awards nominated, and 15 Emmy-winning show, 'Everybody Loves Raymond.' The actress was born on 1991 and debuted in the industry at the age of 5.

Regardless of what happened with the younger sibling's career, Madylin wasn't the one to give up. The child star rolled herself into the theater, which helped her a great deal, mentally.

Besides that, we can now see Ally Barone, aka Madylin, in movies like, 'A Dog of Flanders,' 'Spare Change,' and not to forget, her roles in renowned series like, 'Lucifer,' 'Grey's Anatomy' and many more.

Married to an Actor

In an interview with Voyage LA, the Sweet Sweeten confessed about her marital relationship with her husband, Sean Durrie. The actress mentioned meeting a wonderful man who saw all her flaws and embraced them. Madylin walked the aisle with her then-boyfriend, Durrie, on August 31, 2018.

The child actor with her husband, Sean Durrie.
Source: Instagram

Lovably she said, "Along with him came his boisterous theater company the Loft Ensemble. There I made lasting friendships that turned my life around." Both the couple is in the acting profession and currently work with Loft Ensemble.

The sibling Sullivan and Madylin share not one, not two, but four half-sisters, from their mother's new marriage. Mother Elizabeth, broke off the marriage with their dad Tim due to undisclosed reasons.

Already a mother-of-two, Elizabeth married her lover Jerry Gini. From that marriage, the couple share four lovely daughters, Elliette Gini, Emma Gini, Giuliana Gini, and Jaymeson Gini. Now, though, the elder Sweeten siblings got their own lives, while their mother raises her children.

Also See: Inside the Married Life of Chynna Phillips and Husband William Baldwin

So that was all about the Sweeten siblings and their howabouts. If there's anyone else you'd want to know about, don't forget to stay connected Glamour Fame.