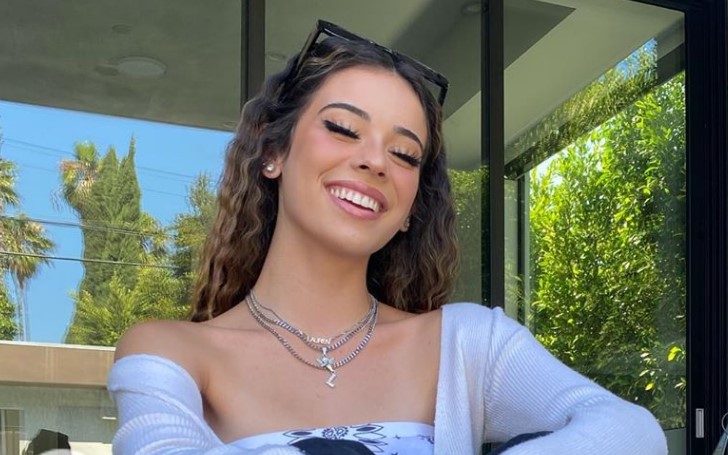 Lauren Kettering gets a 'Baddie' title from her from Devenity Perkins.

Lauren Kettering, the famous TikTok star, who rose to fame from her self-titled channel through her lipsyncing and dancing freestyles to popular music, is really a superstar in her own.

A just a couple days earlier, the video-sharing platform's star took to her social media account to share a series of her photos.

Lauren, on her Instagram post, was seen donning a white outer matched with the same colour floral top, blue jeans and white sneakers. Black shades,  on top of her head!

The internet personality, on her caption, "You are most welcome, next." Well, that's some confidence there! Great going girl.

No doubt Lauren's post was lit, she has already amassed more than 81,000 like and more than 3,000 comments.

The comments section is all filled with praises, while in the meantime, one of her friends also made it to the comment section, and gave Lauren a title 'Baddie.'

Indeed, she actually is a baddie! So, the person, who gave Kettering the title was none other than her friend, Devenity Perkins. Devenity is an actress, who made her debut in 2018, where she bagged a title role in a film called 'Gina's Journey.'

Moreover, Devenity is also a internet personality who often known for her social media presence, collaborating with her older sister, Daniella Perkins.

Well, we were out of clue the two stars were friends; we know now, though. And looking at their interaction on social media, we can pretty much assume that these two lovely ladies are best friends.

You May Also Like: Tati Westbrook Breaks Her Silence and Reveals a Lot of Things on Her New Video