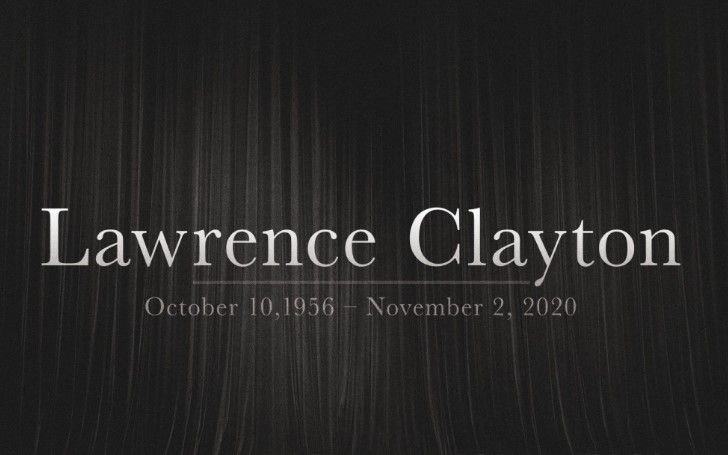 Law & Order actor, Lawrence Clayton, died at the age of 64.

Lawrence Clayton, the actor who was known for his distinguished career on both stage and on screen, died on November 2, 2020, at the age of 64.

The news of Lawrence's passing was confirmed by his friends and family to Broadway World. According to the reports by Variety, the actor died of glioblastoma, a rare form of brain cancer.

While talking about the actor's early life, he came from Mocksville, North Carolina. Following his college degree, Lawrence moved to New York to pursue a career in theater.

Clayton made his appearances on Broadway shows like "The High Rollers Social and Pleasure Club," "Once Upon a Mattress," "It Ain't Nothin' But the Blues," "The Civil War," "The Color Purple," and "Bells are Ringing."

Lawrence is survived by his wife Linda Clayton and a son, Matthew Clayton. The family held the funeral service for him near their home in Orange, NJ, at Woody's Funeral Home.

Following the news, many fans and friends took to their social media to pay their condolences.

"Rest in power, Lawrence Clayton.  It was such an honor to work with him. An incredible presence with an indelible voice."

"We are heartbroken this week to hear about the passing of a beloved member of the theatre community. Lawrence Clayton appeared at McCarter in our 2018 production of CROWNS, pictured here. We will remember him fondly – our thoughts are with his loved ones."

You May Also Like: "Space Force" Season 2: Netflix Gives the Green Light for the Show