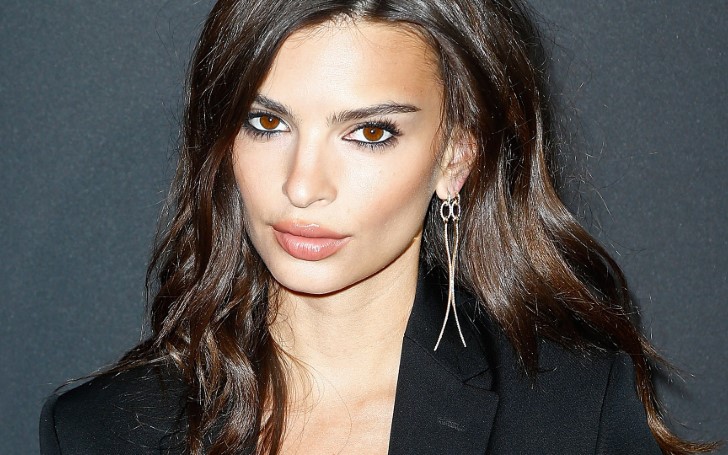 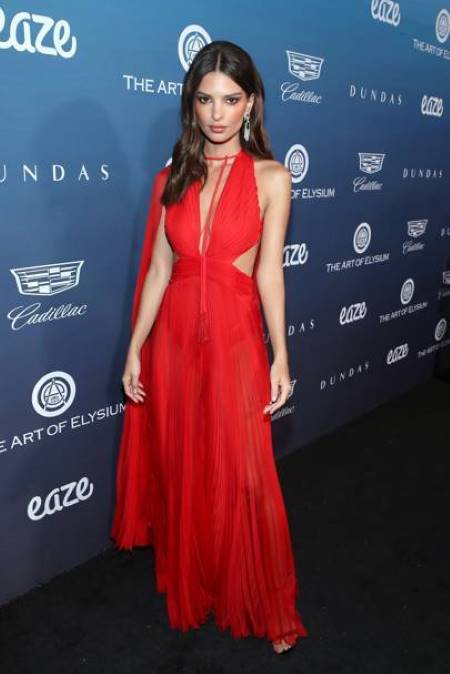 As a matter of fact, this counts Dundas' seventh collection for his brand in just less than two years of duration.

You may also like: Check Out How Your Favorite Celebs Dressed In The Golden Globes Red Carpet

Emily, 27 who describes the designer as a perfectionist says:

"Peter loves women, and I love the way he plays with texture and shape."

On her red dress, the model describes:

"The fabric is incredibly light."

However, this is not the first time Ratajkowski wore Dundas.

See: Khloe Kardashian Spotted On Her Way To Lunch In Sherman Oaks Joined By Kris Jenner and Scott Disick

At the 2017 Cannes Film Festival, the model who is married to Sebastian Bear-McClard wore a black see-through net jumpsuit, that too designed by Dundas himself.

The black lace dress earned Dundas and Emily many appreciations.

On dressing the model his own creation, the designer says:

"Red is a passionate colour and I think men feel very passionate about her."