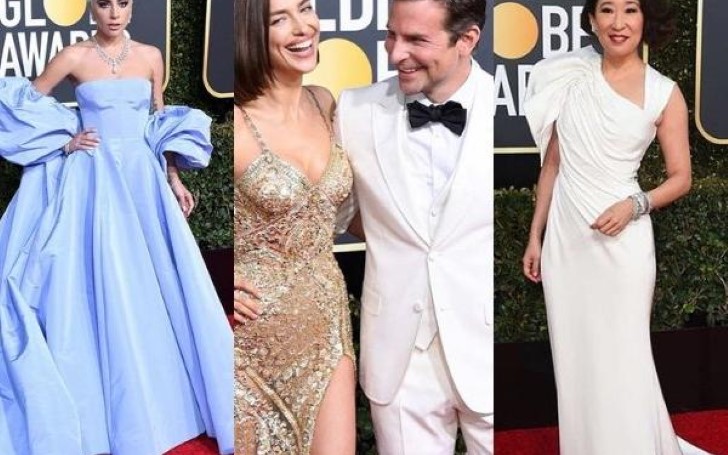 All the celebrities at the 2019 Golden Globe Awards presented themselves with the latest fashions.

You may also like: Kendall Jenner Opens About New Skin-Care Products During the Golden Globes Award

Similarly, Lady Gaga who won her second Golden Globes Award for her incredible performance in A Star Is Born in the category of Best Original Song flaunted her blue periwinkle couture Valentino gown.

Some of the stars even wore Time's Up ribbons and bracelets in solidarity to stand against the sexual harassment faced by females workers in the industry. 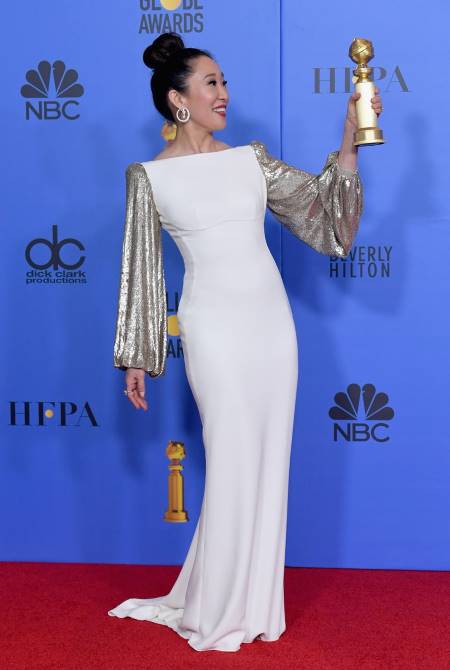 The Award Winning actress Sandra Oh who also hosted the night kept changing her dress like thrice throughout the night. Sandra wore a white Versace gown with an asymmetrical neckline that made her look angelic, to host the red carpet.

Whereas to broadcast the night, she again transformed herself into a red-hot tuxedo styled Versace gown.

To receive her Awards on stage, she changed into a cream Stella McCartney gown with silver and gold sequin sleeves and a cutout behind. 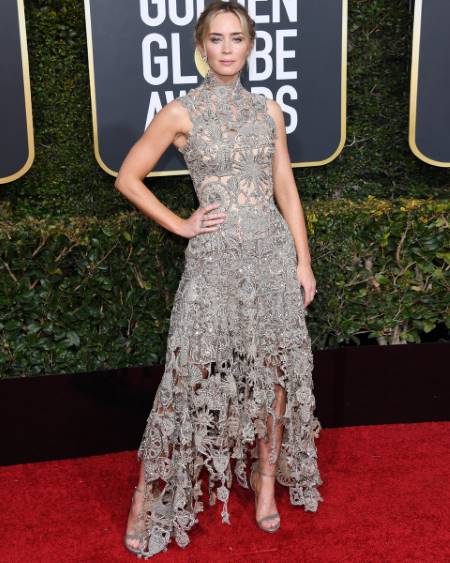 The A Quiet Place actress Emily Blunt arrived at the ceremony wearing a gray jagged hemline sleeveless Alexander McQueen dress. To carry her look, she put her hair into a bun to show off her turtleneck line and accessorized with a diamond earring.

Blunt was nominated for her magnificent role in Mary Poppins Returns. 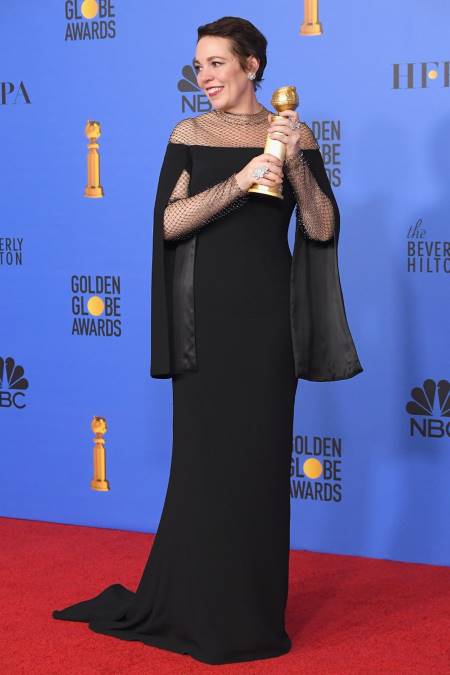 The 44 years old actress won an award for her performance in the category Best Actress in a Comedy or Musical The Favourite. 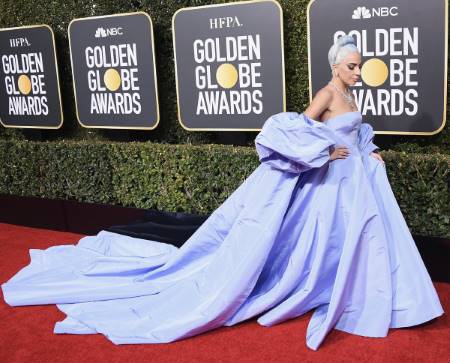 Singer and actress stardom Lady Gaga made sure to give a captivating look at the Golden Globes Awards. She presented at the function wearing a blue huge strapless lavender couture Valentino gown. 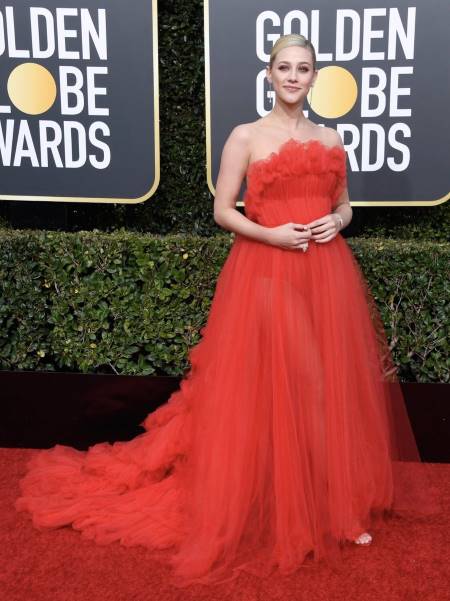 Riverdale actress Lili Reinhart looked stunning at the red carpet in a sizzled in a fiery red tulle strapless dress designed by London based designer Khyeli. 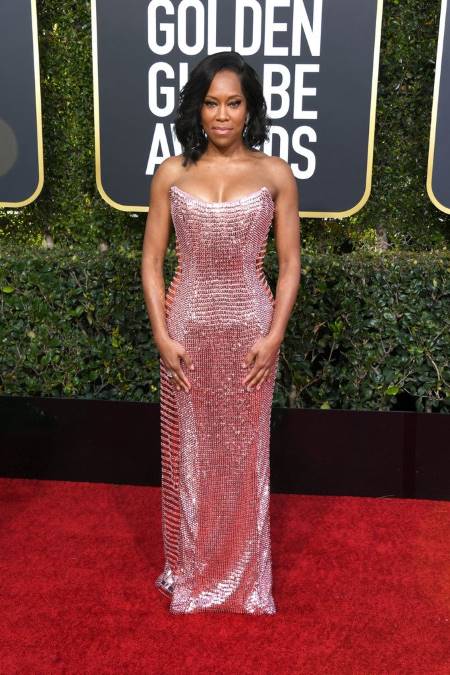 Regina King too made sure to give a glamorous look at the event. For her Golden Globes look, King opted for a pink remarkable custom Alberta Ferretti dress.

Her dress earned many appreciations from the fans. 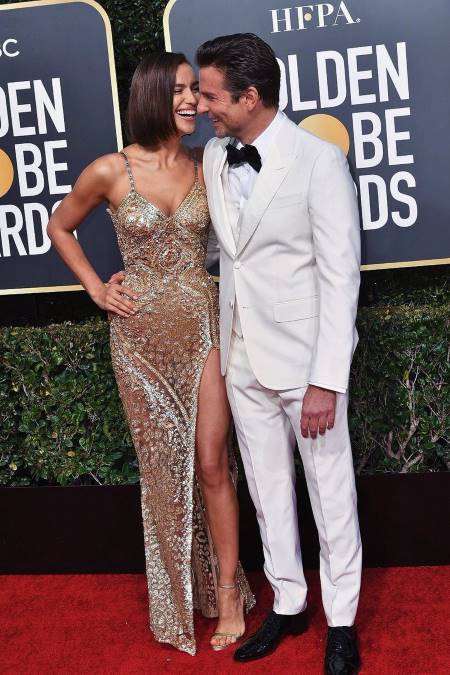 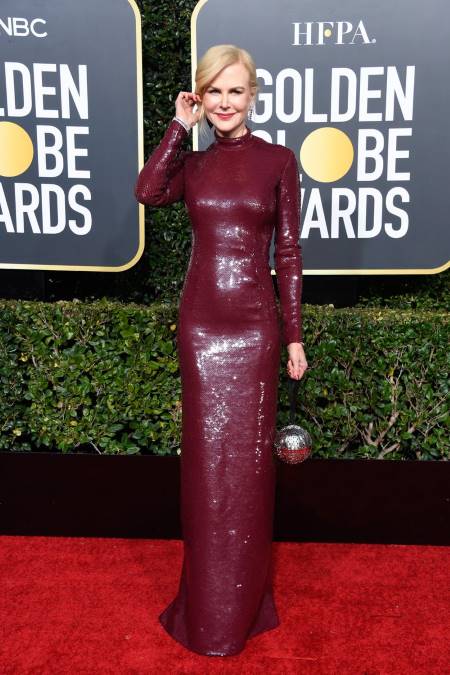 Actress Nicole Kidman in a Michael Kors gown at the 2019 Golden Globes Awards
SOURCE: The Kit

To carry off her look, Nicole accessorized her gown by carrying a disco ball-inspired clutch bag.

See too: Best Hollywood Fashion Designers Ever Born in The Industry 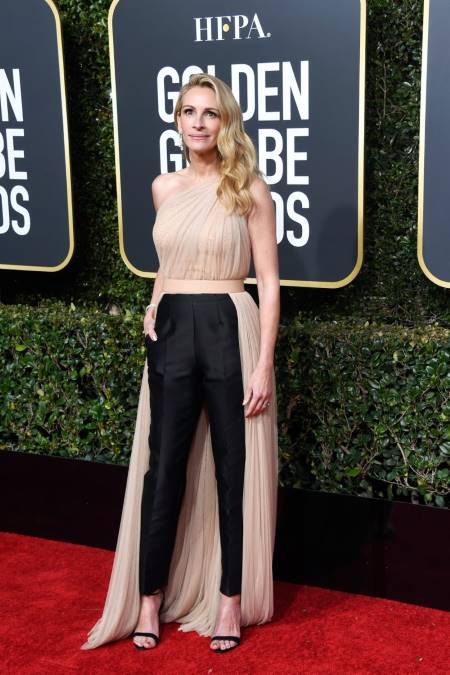 The night witnessed a different yet one of the most fabs looks from Julia Roberts.

The Homecoming nominee wore a Stella McCartney dress in black and nude that included both pant and gown. 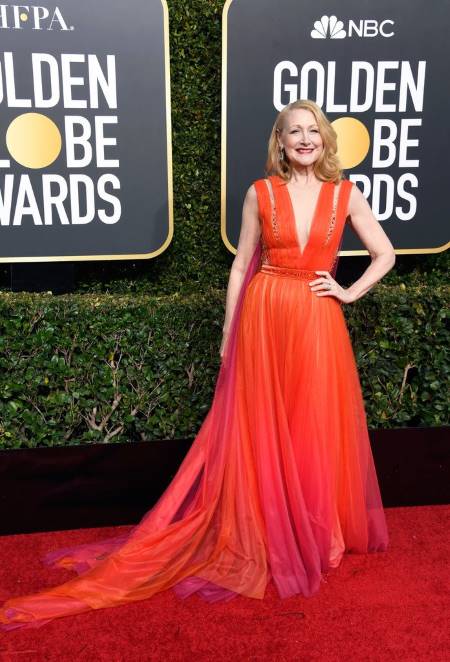 "This is what 59 looks like." says the actress in her Awards acceptance speech.

True to her words, actress Patricia Clarkson shunned the night in a bright orange chiffon gown with traces of pink designed by Georges Chakra.

From Sandra Oh to Nicole Kidman to Lady Gaga, which look did you prefer the most?