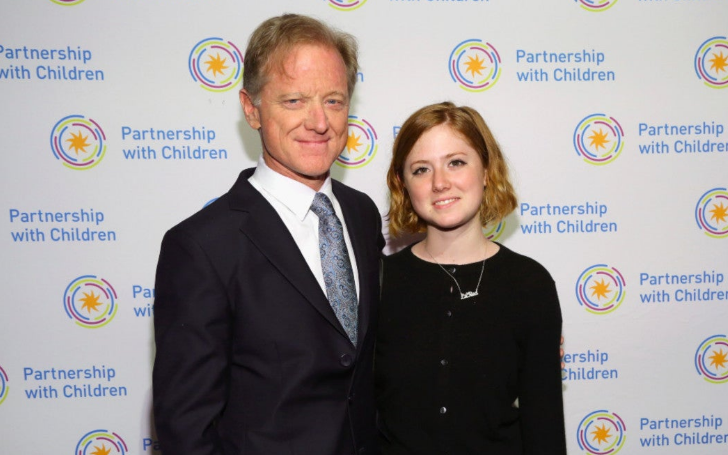 Lena Redford paid a heartfelt tribute to her father, James Redford, after a day of his passing.

Lena Redford, daughter of the filmmaker James Redford, paid her tribute to late father just after a day of his passing.

James died at the age of 58 on Friday, 16th October 2020, following his battle with bile-duct cancer. The news of his death was confirmed by James' wife, Kyle Redford.

Lena took to her Instagram to post a collage of images, and videos, where one picture shows her family. On the caption, the actress wrote,

Also See: Kirko Bangz and His Girlfriend Mourns the Death of Their Son, Here's What You Should Know

"my dad died on Friday. he was really special, and I am really sad. my dad really loved his life. a lady told me recently, “don’t cry that it’s over, smile that it happened,” and I wanted to punch her in the face. but she’s not exactly wrong!"

"I am able to smile because my dad made me laugh so much. I do feel very lucky. he loved my brother and me so much. we got to tell all these stories and go on all these road trips."

"Even when he was on hospice, we snuck in a road trip to see his sisters in Utah. It was an objectively Bad Idea, but he loved those. Addicted to them!!! Classic rock and candy, too. anyway, I love my mom and my brother and my dad forever."

"I’m so sorry to hear this; dads are the best. From my experience, the pain of losing him will never go away, but it will get easier and easier to deal with as time goes on. And he will live on in all the things he taught you, and memories you made together."

"I always say that when someone dies, it’s not that they’re gone from you forever; they’re actually WITH you forever in your heart and head and the air around you and the dirt in the mountains and the water in the ocean. They’re able to be with you even more than when they were physically alive. Anyways, sending you a big hug. He seems like an amazing dad. 💕"

"Biggest hug Lena. I remember Jamie telling me a story about how much he loved you. So much so that he would chew up the airplane pretzels and put them in your mouth because you were not old enough to chew the pretzels. I remember him telling me the story, and I almost barfed."

"He simply got a kick out of my facial expression and tilted his head back and laughed so hard. You know, the 'Jamie laugh.' Now that I am a parent, I too would chew up pretzels for my son. That’s what we parents do for our babies. No matter how old our babies become. I will miss your Dad Lena. And that laugh... that laugh has left an indelible mark on my heart."

Also Read: "In the Heights" Actress Doreen Montalvo Dies at 56